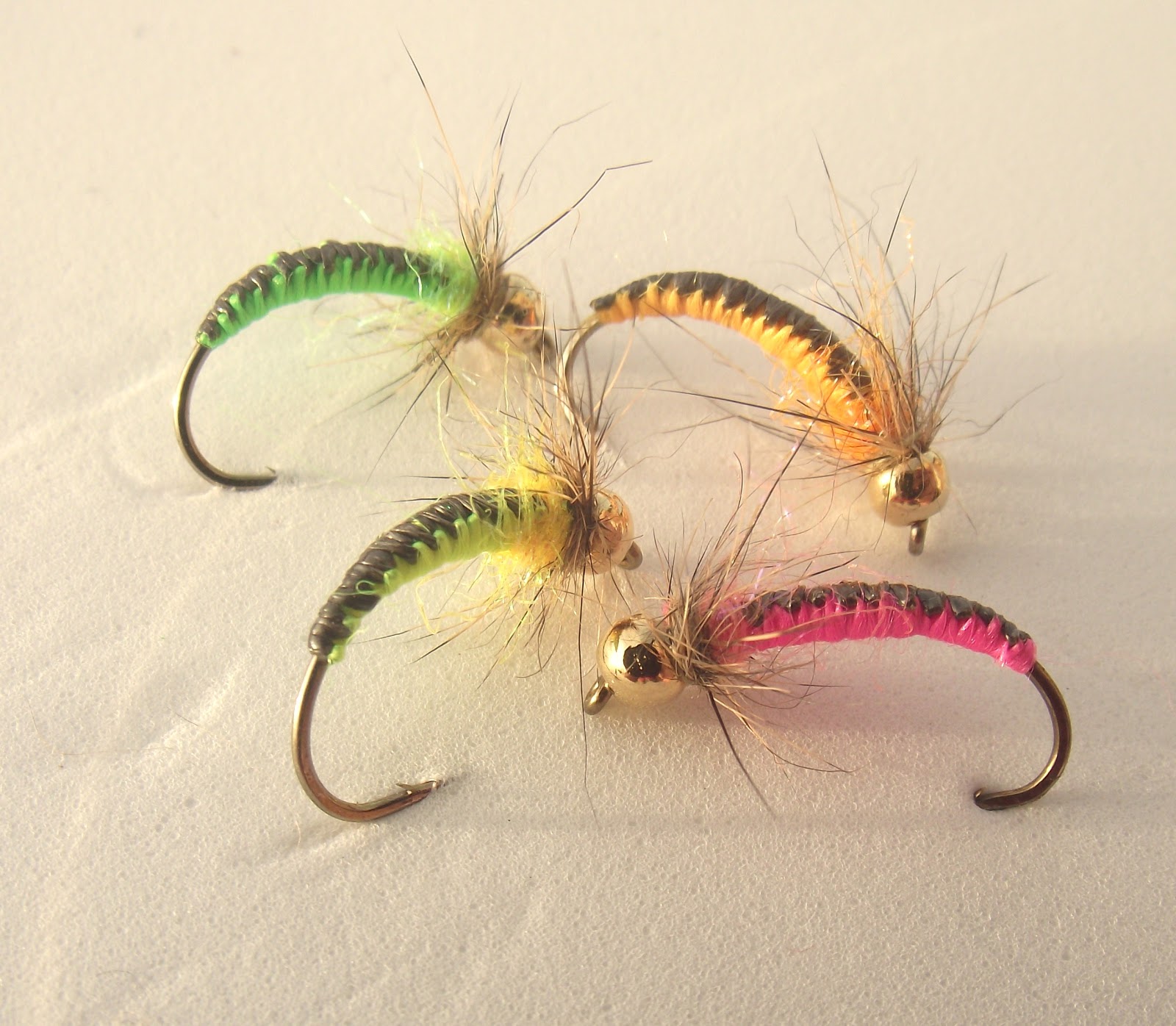 A good few years ago when some Polish friends came to Ireland to visit our river in Wicklow, they also showed me how to do weaving on nymphs. Sense then I have done very little and probably should have practiced more because this style of tying is very effective and the nymphs do produce good catches. Last year with all the high water in the rivers late in the season I was messing around on the vice and I tied some of these woven nymphs. They proved to be very good in the dark post flood water and a selection will be tied and fished for the upcoming season. 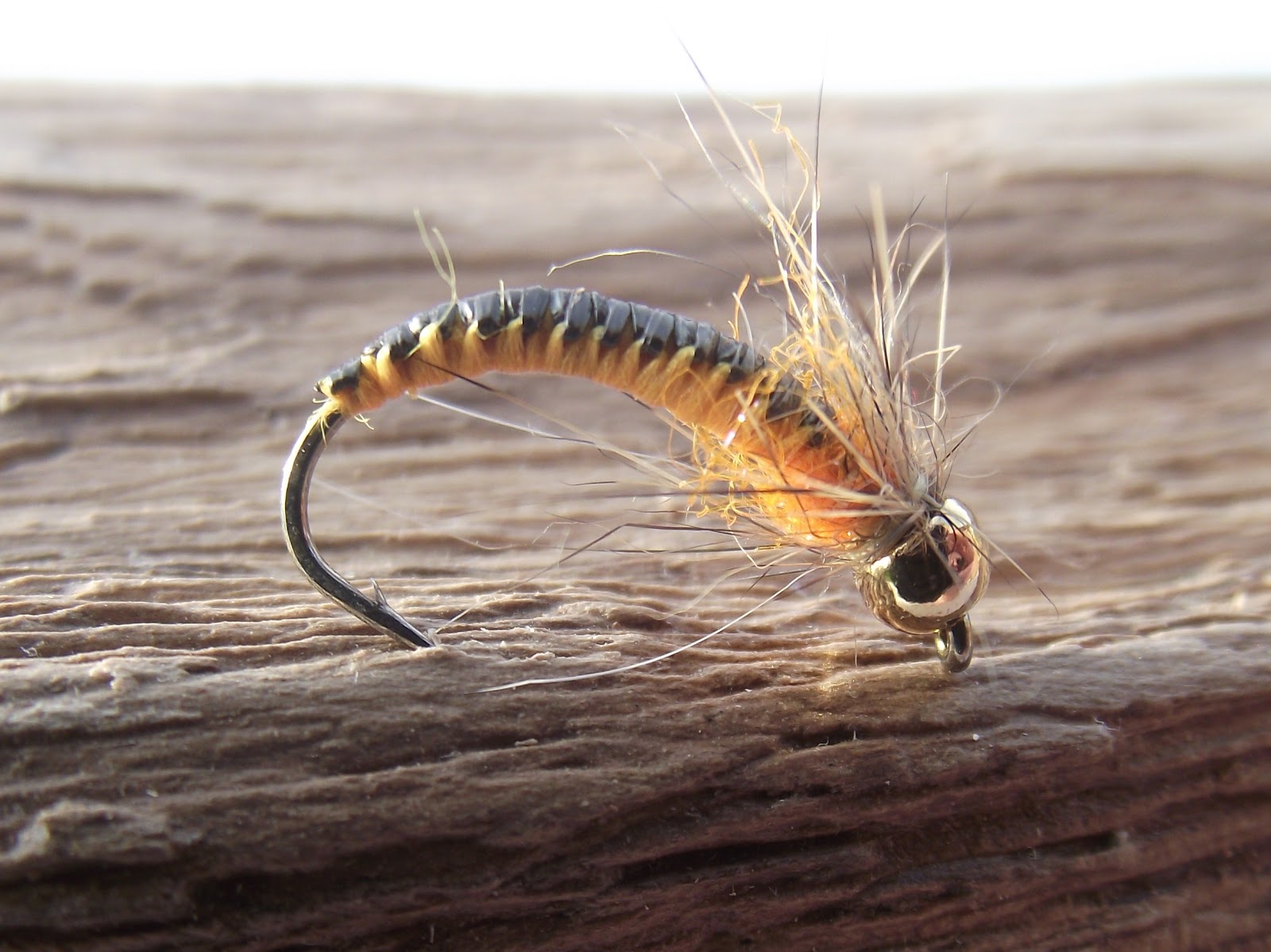 With the aid of you tube it is fairly easy to discover the method of weaving but where I fell down a lot was the materials used to weave correctly, the different flosses or wool's were either to heavy or not compatible with each other and just didn't look right. I then used Glo Brite for the under body and I used stretched cassette tape  for the back and they look really great on the hook, the Glo Brite under body really stands out in the dark water and gives the fish something to really attack when visibility is poor. The back has a lovely shine and the materials weave well together. 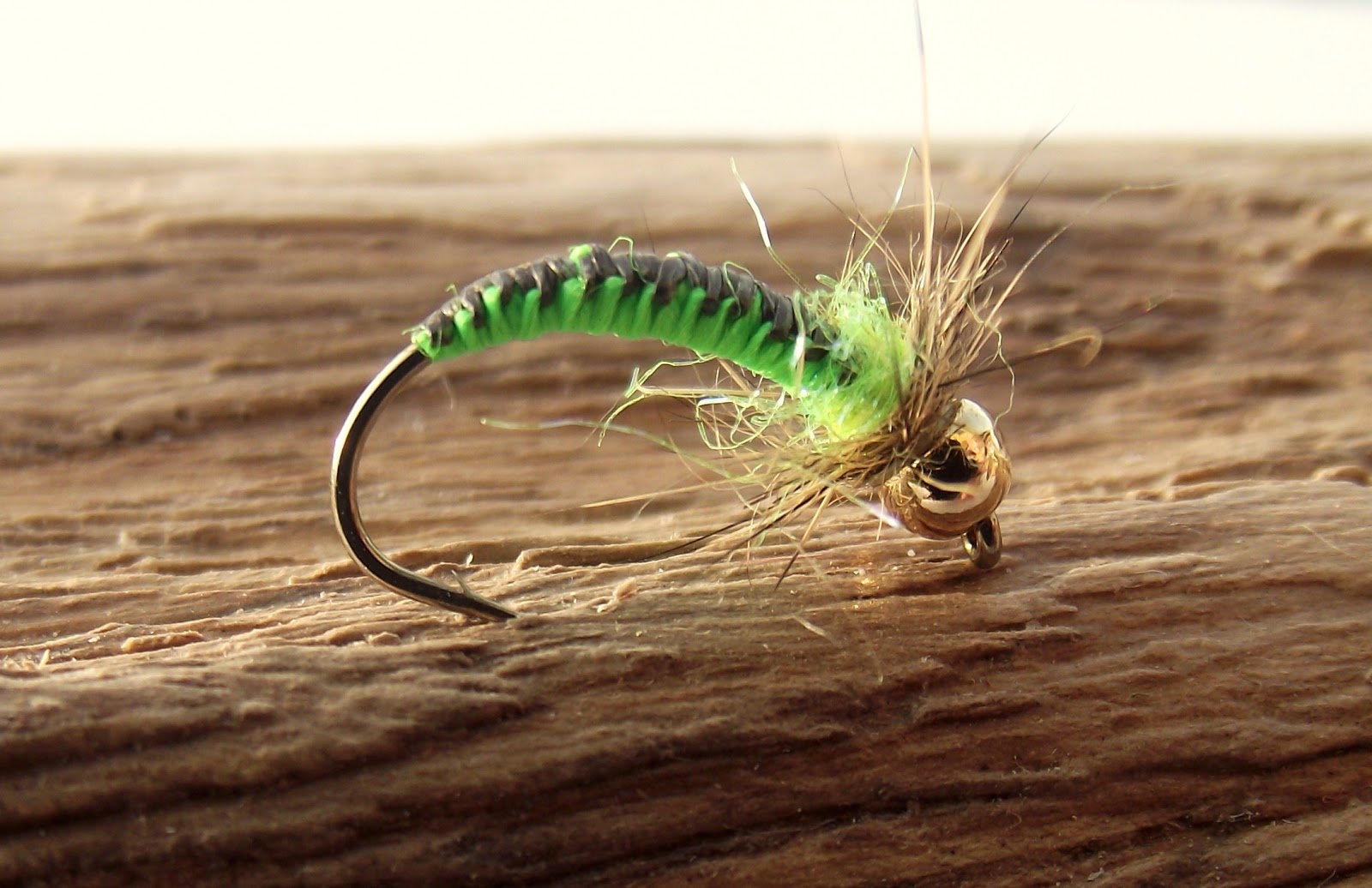 These nymphs are tied on B100's, either size 10/12 with a 3mm gold tungsten bead followed by some turns of flat lead behind the bead. The thorax is a turn of the under-body colour in Hends micro flash dubbing and some hair plucked from the skin of a hare or squirrel would probably do the same job. I will spend some time over Christmas practicing weaving and I am looking forward to giving these cracking looking nymphs a good swim next season. 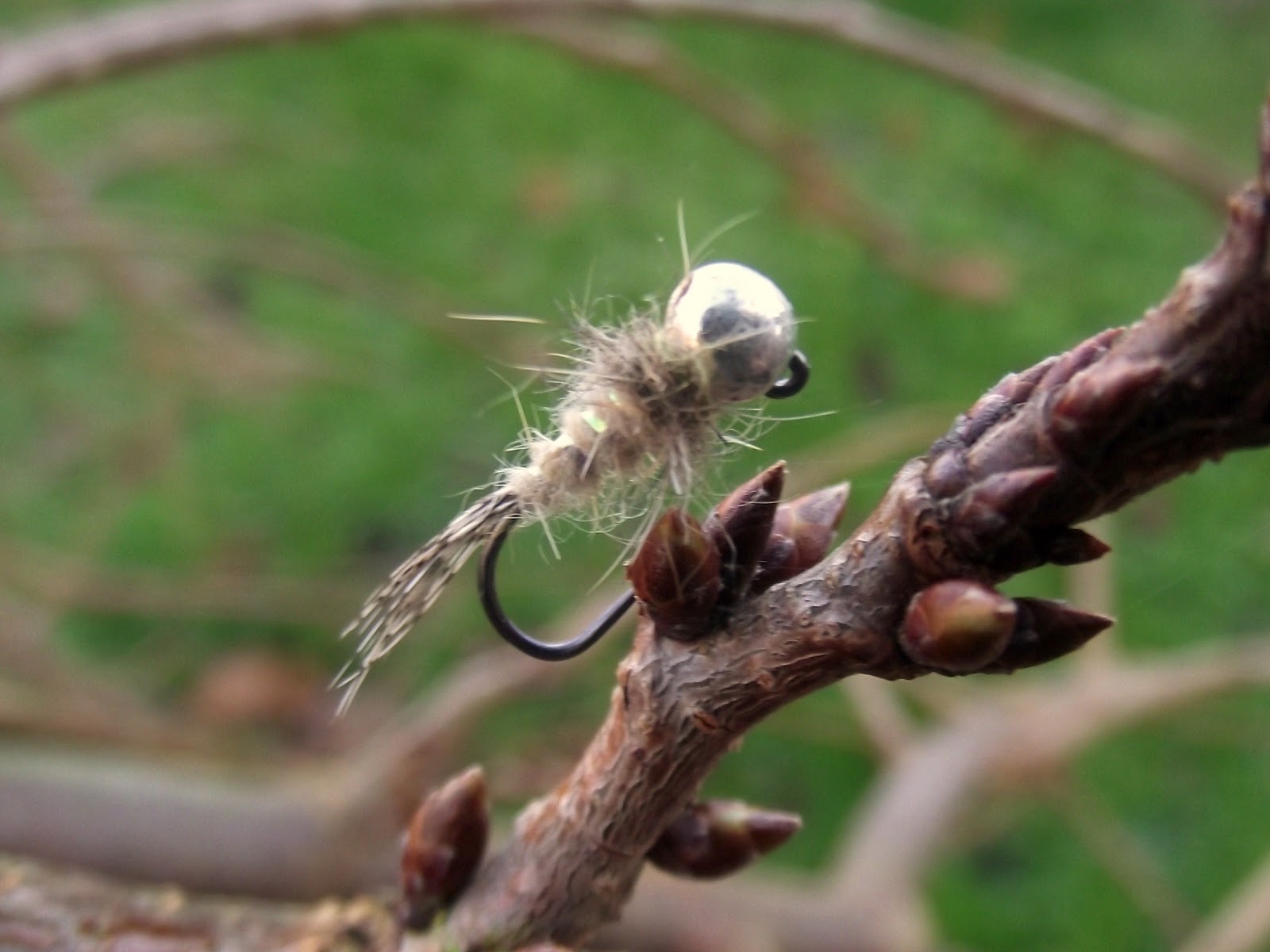 Jig Hook nymphs are growing more and more popular every season, and rightly so, there are very effective as the point fly to a cast of nymphs or fished on their own. I first came across these hooks in Poland some years ago at the European Fly Fishing Finals and they had the bead head cast on to the hook. They were interesting looking and effective in that environment at the time. Sense then their popularity has grown and the development of the different styles of hooks from different manufactures has also grown. With the rise of demand for Jig Hooks the development of the slotted bead has also increased and now we see a huge range of sizes, colours and finishes to the beads. Over the last couple of seasons I have used more and more of these style nymphs with great success and here are a few of the ones that stand out in my fly box. I use the Hends Jig hooks for my nymphs and I have great confidence in their strength and hook ups.
The nymph above is tied on a size 12 jig and a 3mm tungsten bead, behind the bead is several wraps of flat lead. The Tail is natural Partridge and the rib is Hends fine Pearl Tinsel. The main body is light Hears Ear dubbing and ribbed over up to the thorax. The thorax is grey Hares Ear dubbing just tied in behind the bead and brushed out once the fly is tied off.  Here are a few more of my successful nymphs. 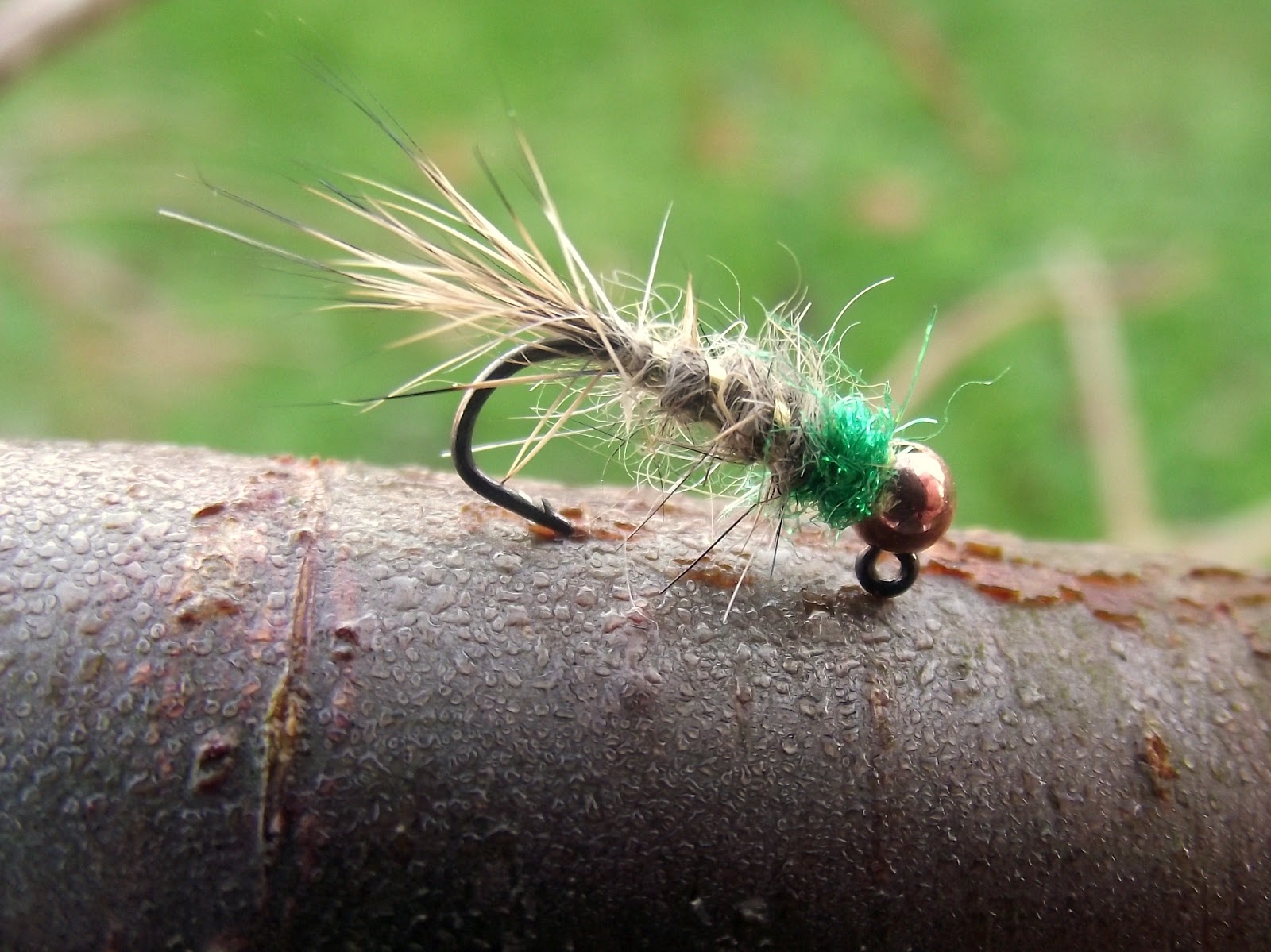 On a size 14 jig hook put a 2.8mm tungsten bead and some flat lead behind it. The Tail is Long hairs from the skin of a hare and a gold wire rib. The body is just Hares ear dubbing with a turn of Green Hends Spectra Dubbing behind the bead. 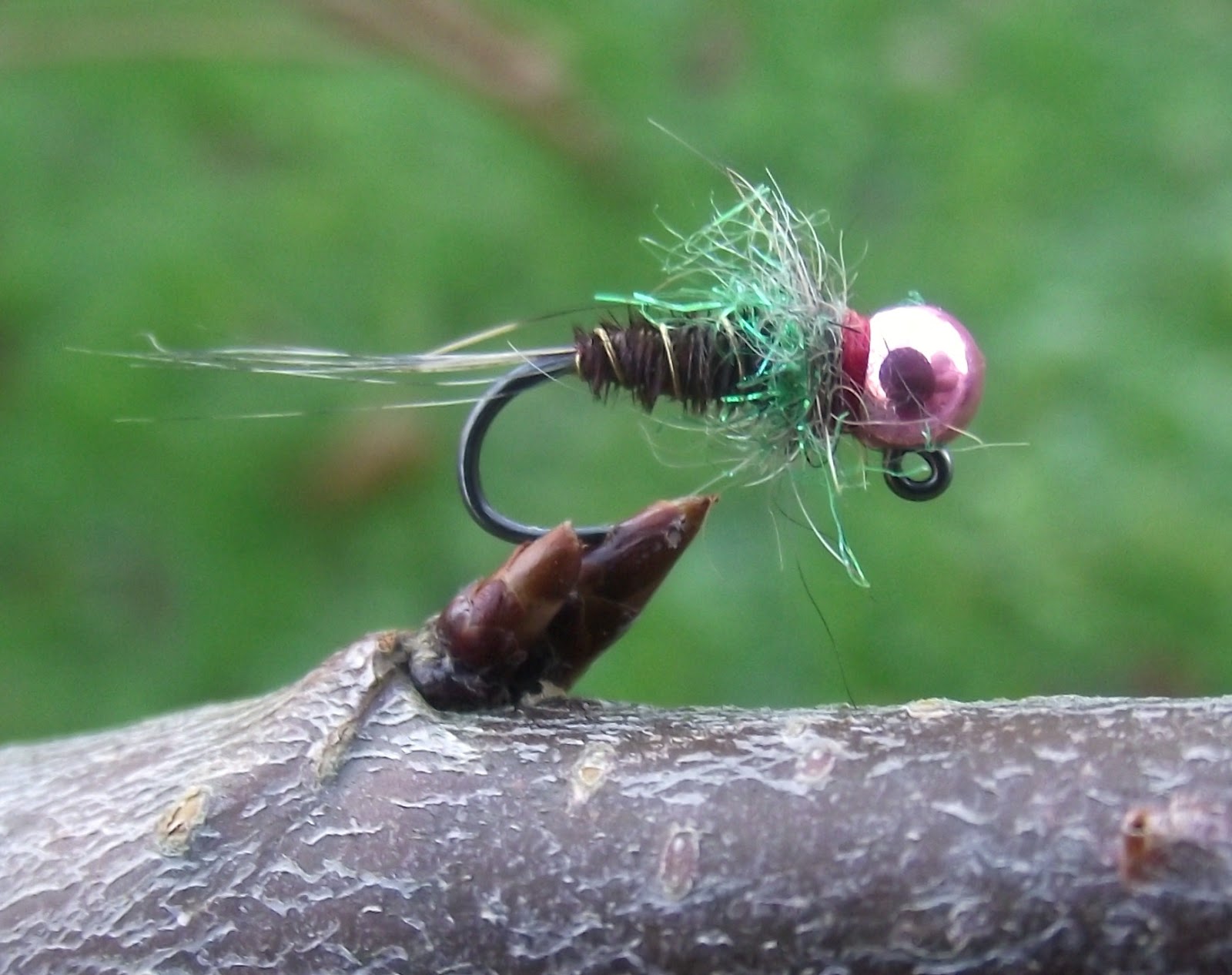 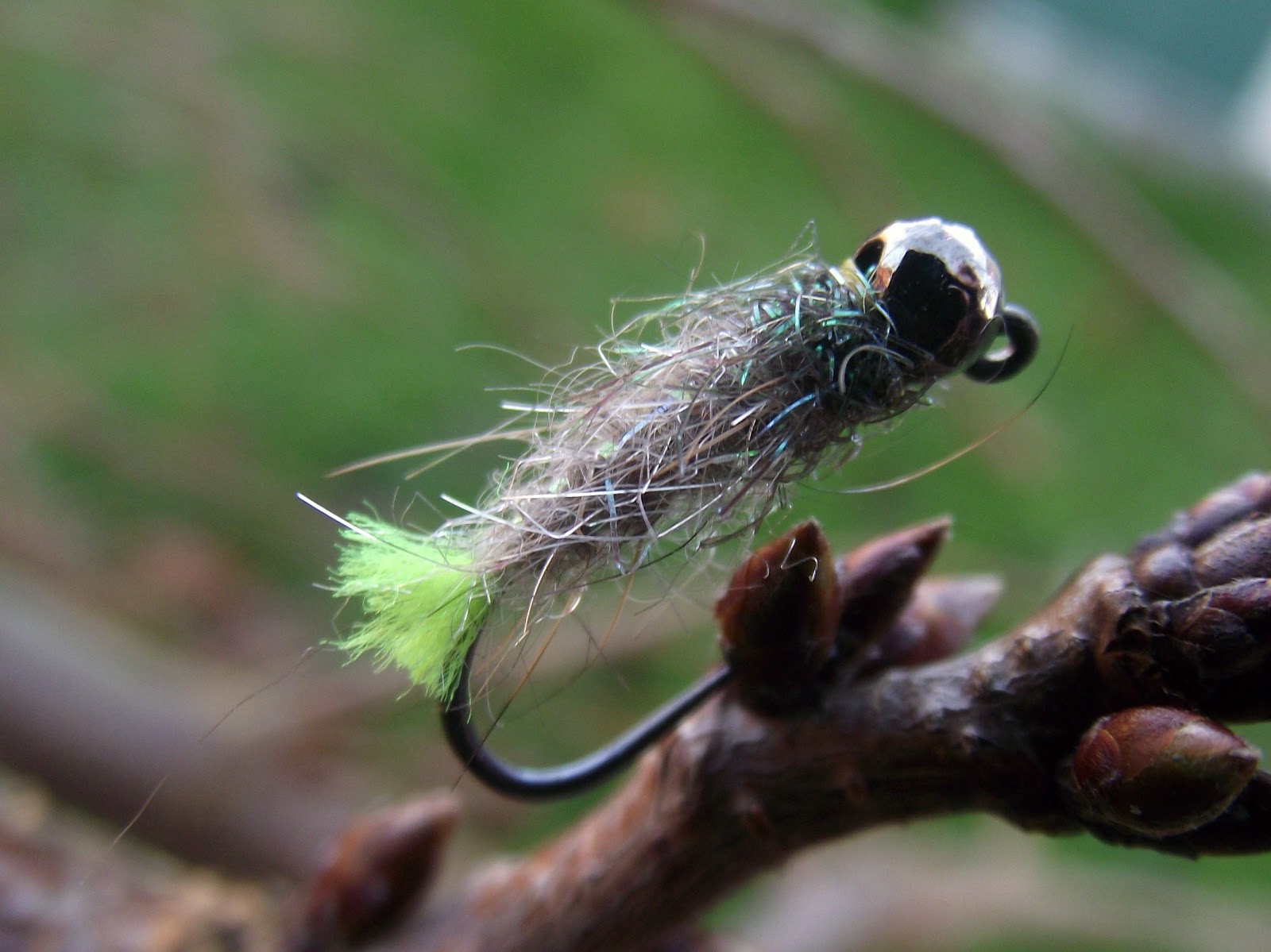 Using a size 10 jig hook put on a size 3.5mm black disco bead or just plain black slotted bead. The tail is Glo Brite NO: 11 and a fine sliver wire rib or a pearl rib can also be effective. The body is Jan Siman Hares Ear Plus dubbing and once ribbed up brush out really well. For the thorax use Hends Dark Green or as I describe it peacock dubbing just behind the bead and also brush out once the fly is tied off.


I hope you try out these nymphs next season and have the success that I had so far on them, fishing them as the point fly or on their own should produce some good catches in most river systems.
For your hooks and Materials head to http://www.irishflytying.com/ to find what you need and enjoy. 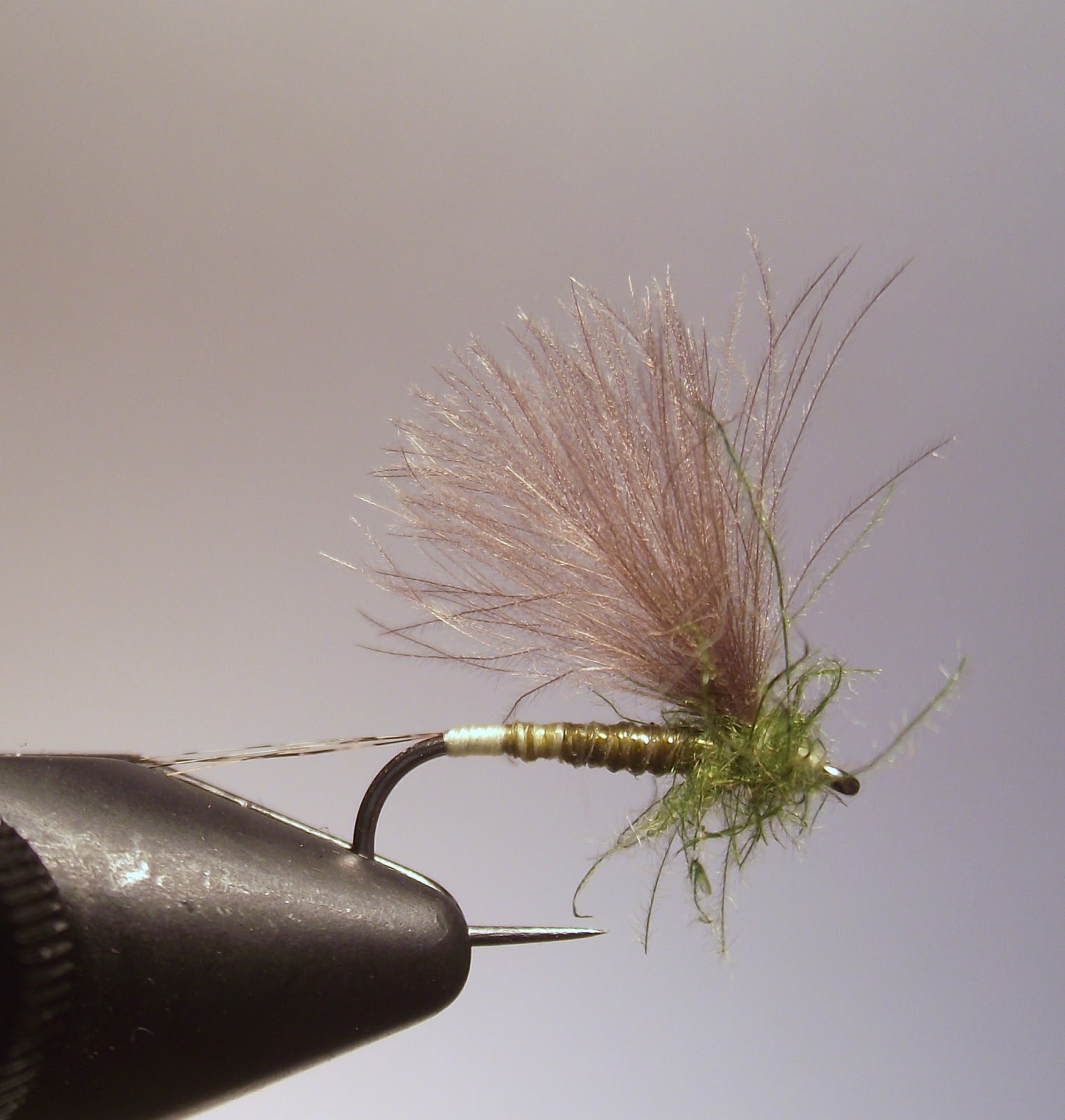 Matching olive hatches in April and May is always tough and getting the right shade, profile and size is some of the key factors to lure a feeding fish. In the fore mentioned months of last season I had good catches with this dry fly and the body is the same as the nymph on my previous post. I love using Hends Body Quill, it has a lovely natural look and is very durable and versatile. Both these flies worked really well and will have plenty of swims in the forth coming season. Here is  a step by step of tying this simple and effective dry. 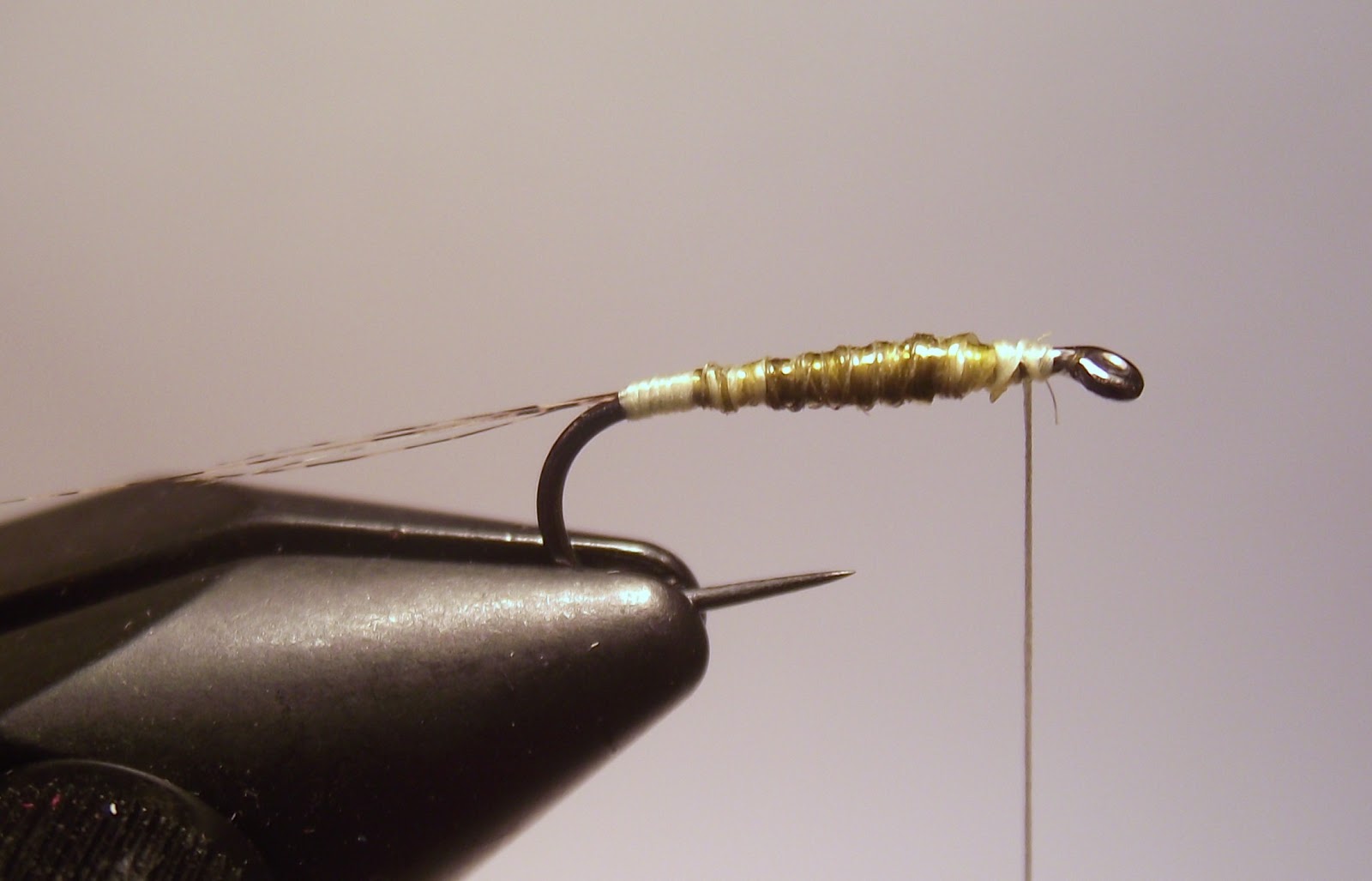 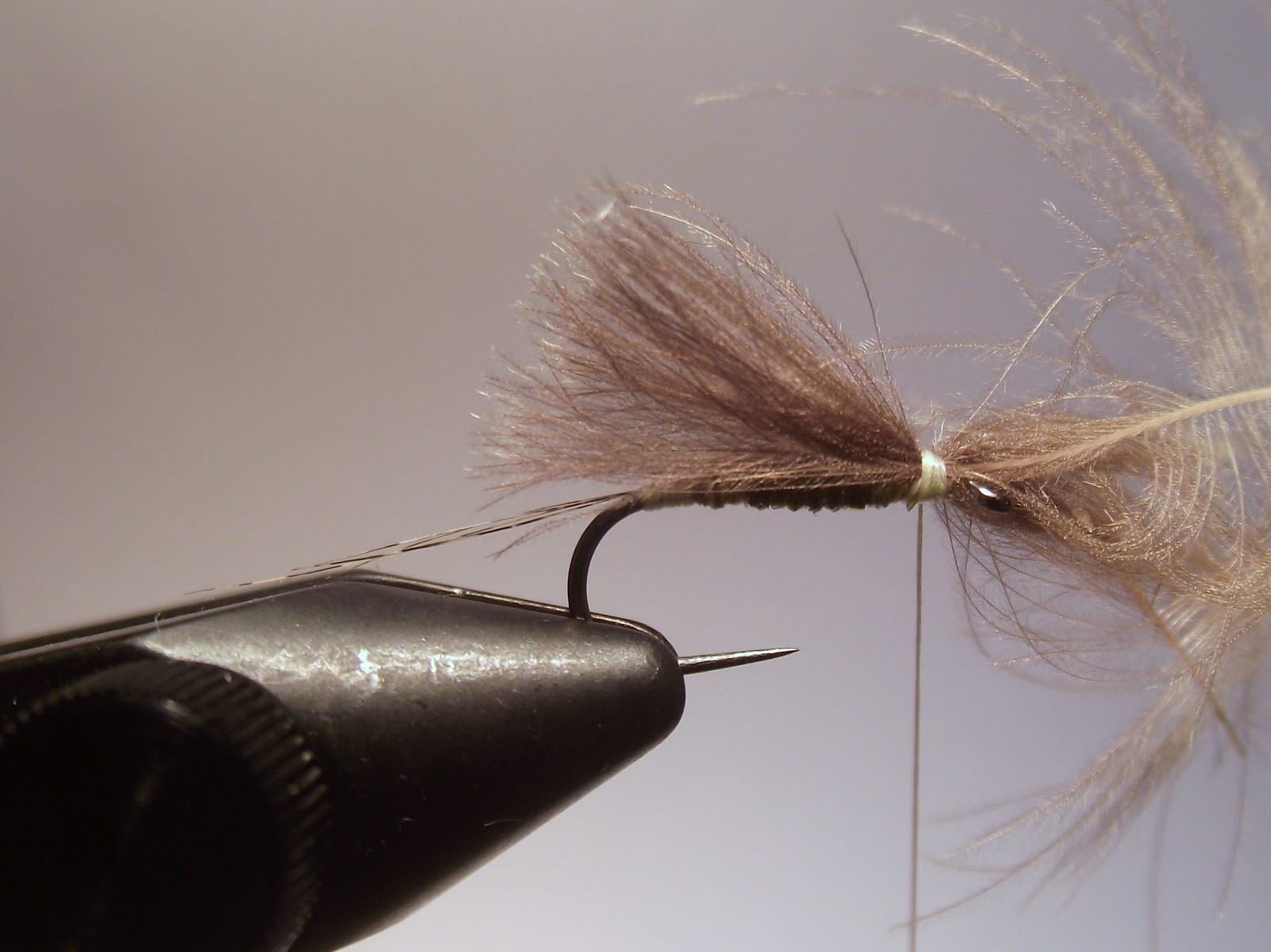 Using Primrose tying thread tie in some fibers from a Coq De Leon feather and leave some of the thread exposed as a butt. Then tie in a piece of Hends Body Quill, Olive and wrap it up the body. Give the upper body a second wrap to darken the body. 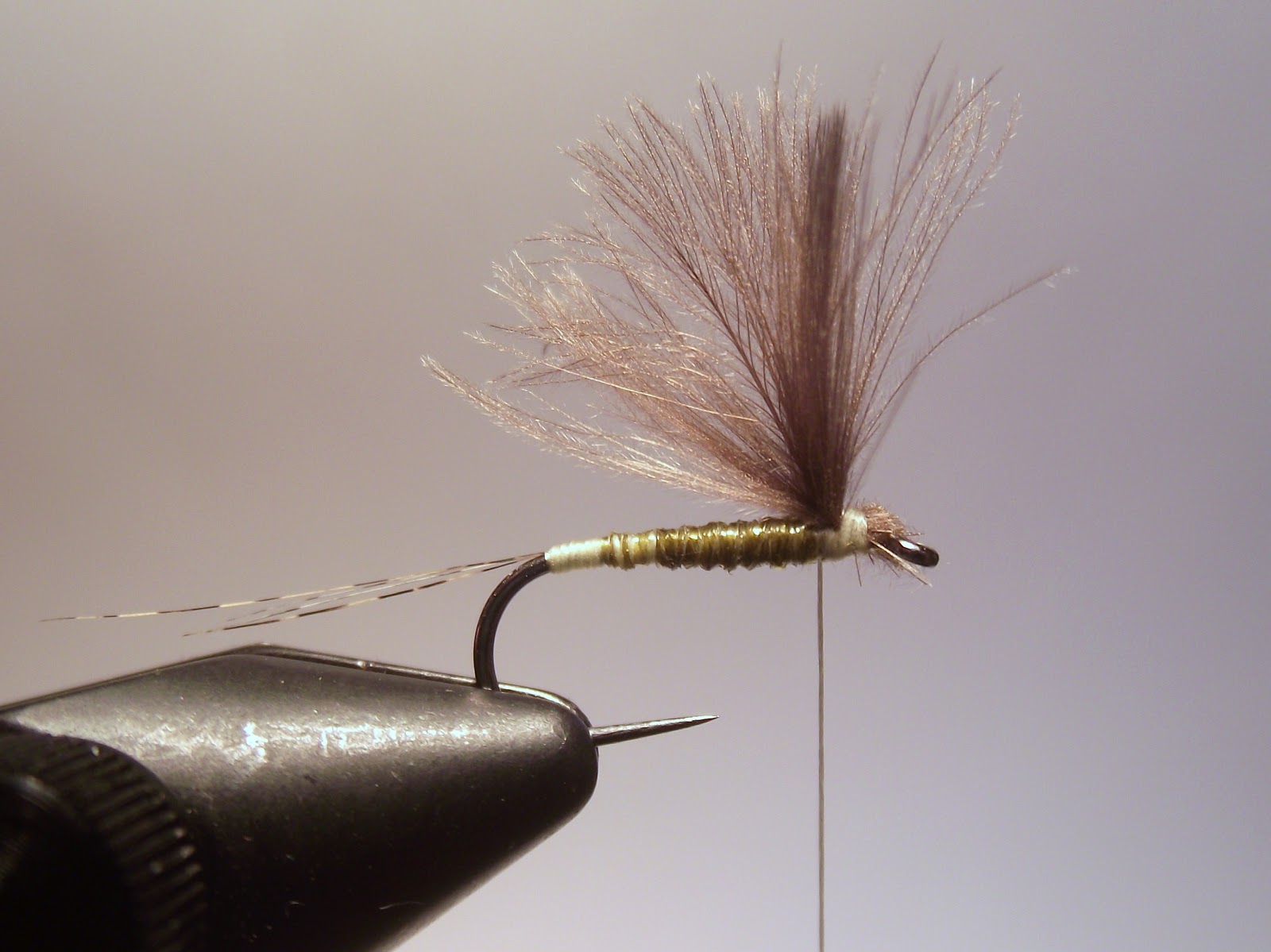 Put two turns of the thread at the back of the CDC wing in-order to make the wing stand up from the body.

Dub on some Hends CDC Olive Dubbing and wrap it around the wing and form the head. Tie off and brush out slightly to create the legs of the fly.


This fly sits beautifully on the water and even in small sizes of 18 and smaller is easy to see. These Quill bodied drys and the nymph in my previous post can all be tied in a variety of colours to suit the hatches on your river. http://www.irishflytying.com/ for all your fly tying needs.
Posted by Peter Driver at 8:20 PM No comments: 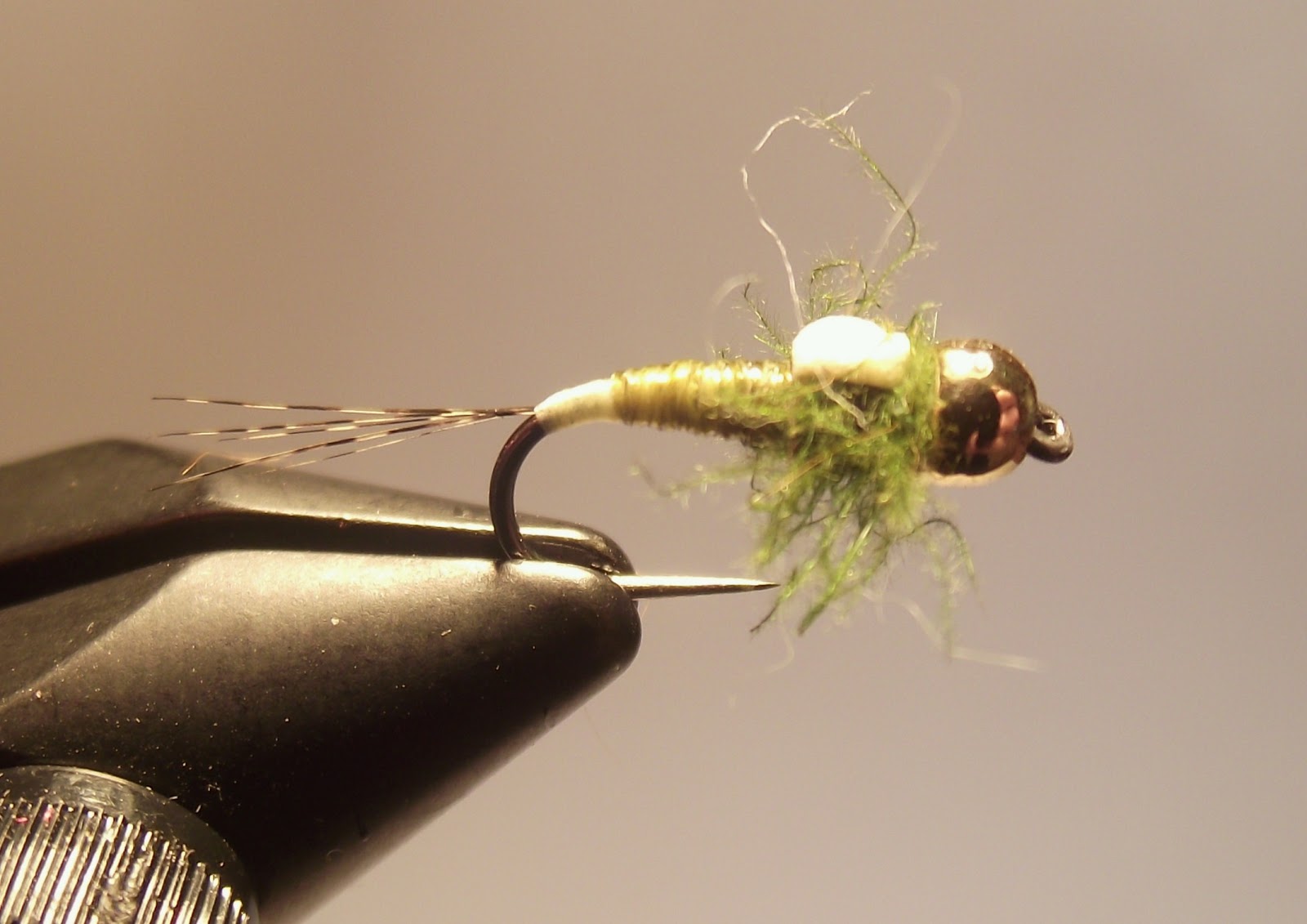 This Nymph I find is very effective in catching trout through out the months of March, April and May. It is not hard to tie and can be fished as a dropper under dry flies in smaller versions as well as a large olive nymph on the bottom. The CDC thorax with the foam cover make the nymph very fishy and with the right presentation it can catch a lot of fish. I had unreal success with this nymph last season in low water and I fished it on its own on a 20 foot leader. Here is the step by step tying of this must have nymph. 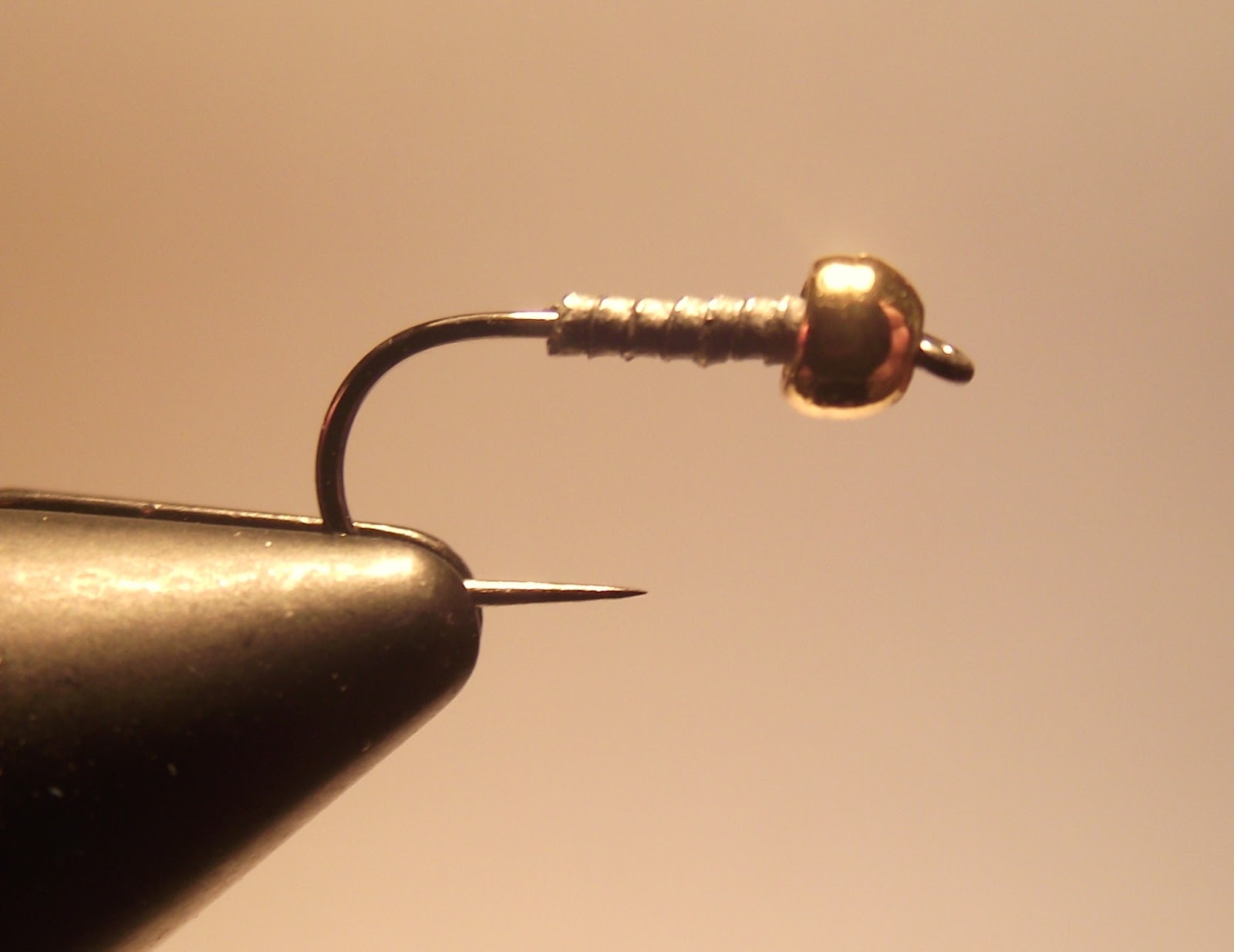 Using a SKALKA WN1#12 hook add a 3mm tungsten bead and put several wraps of flat lead behind the bead. 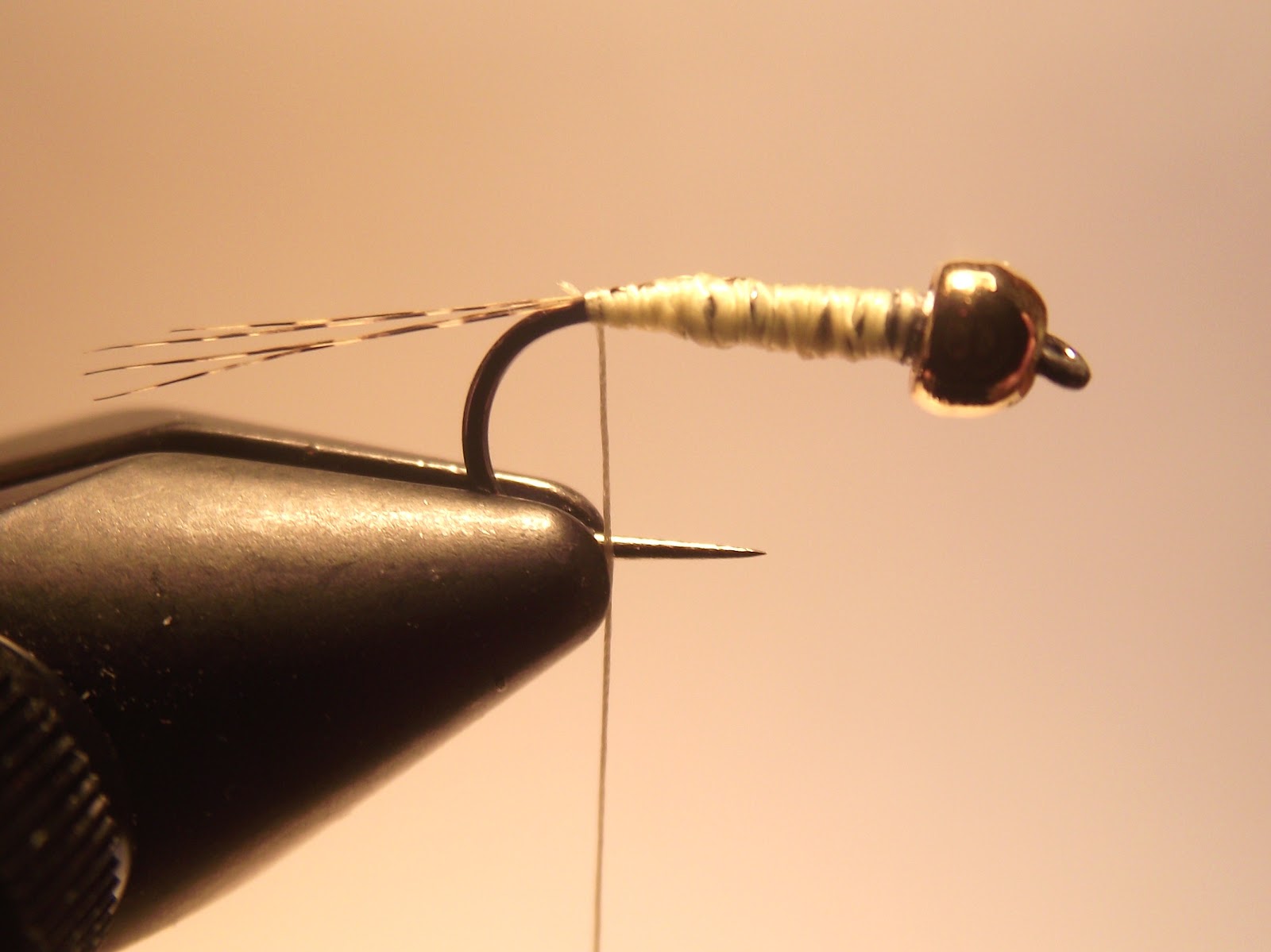 Tie on some primrose tying thread and add in some Coq de Leon for the tail. 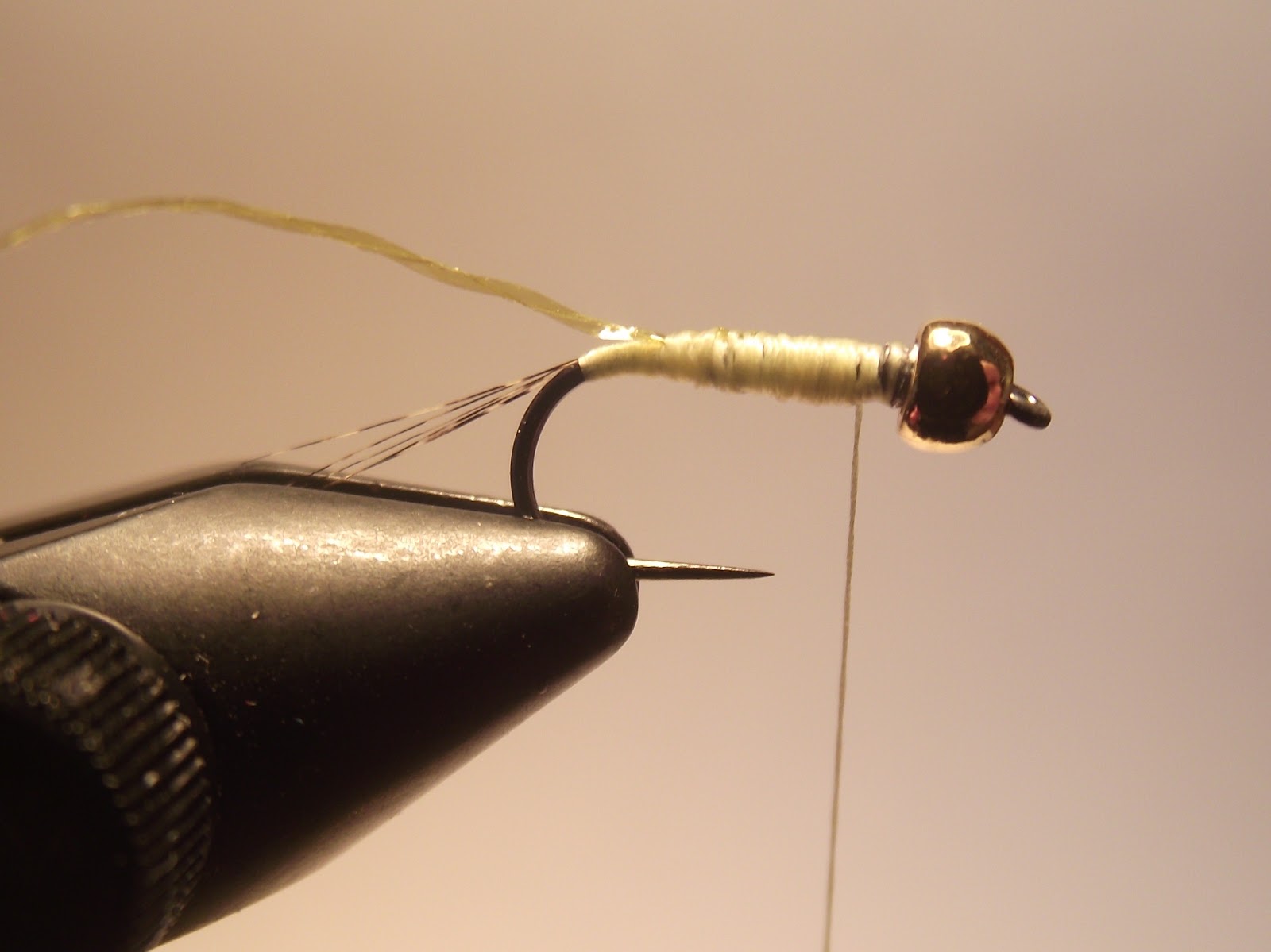 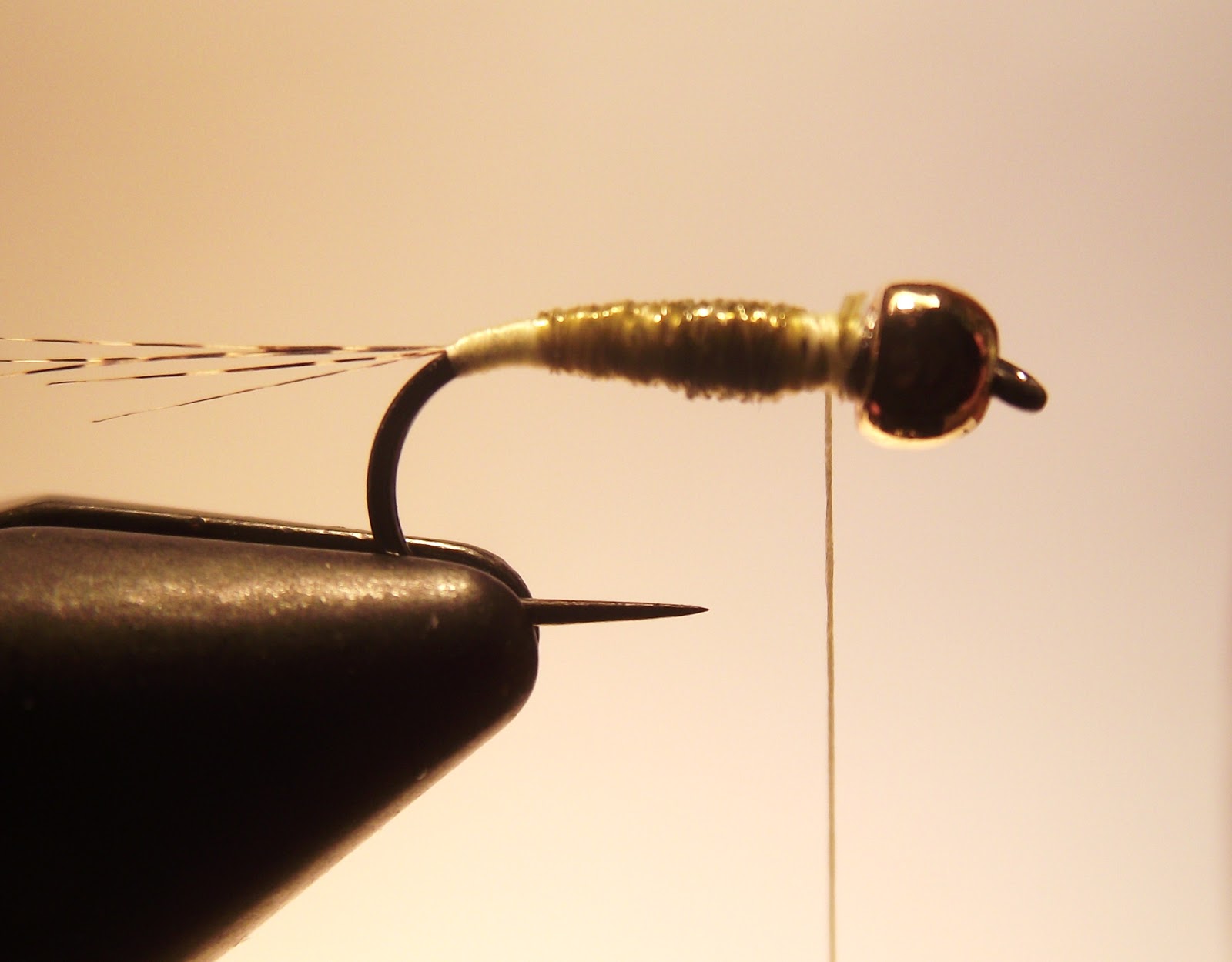 Wrap the Hends Body Quill up the hook putting a second layer nearer to the thorax so the body is from light to dark. 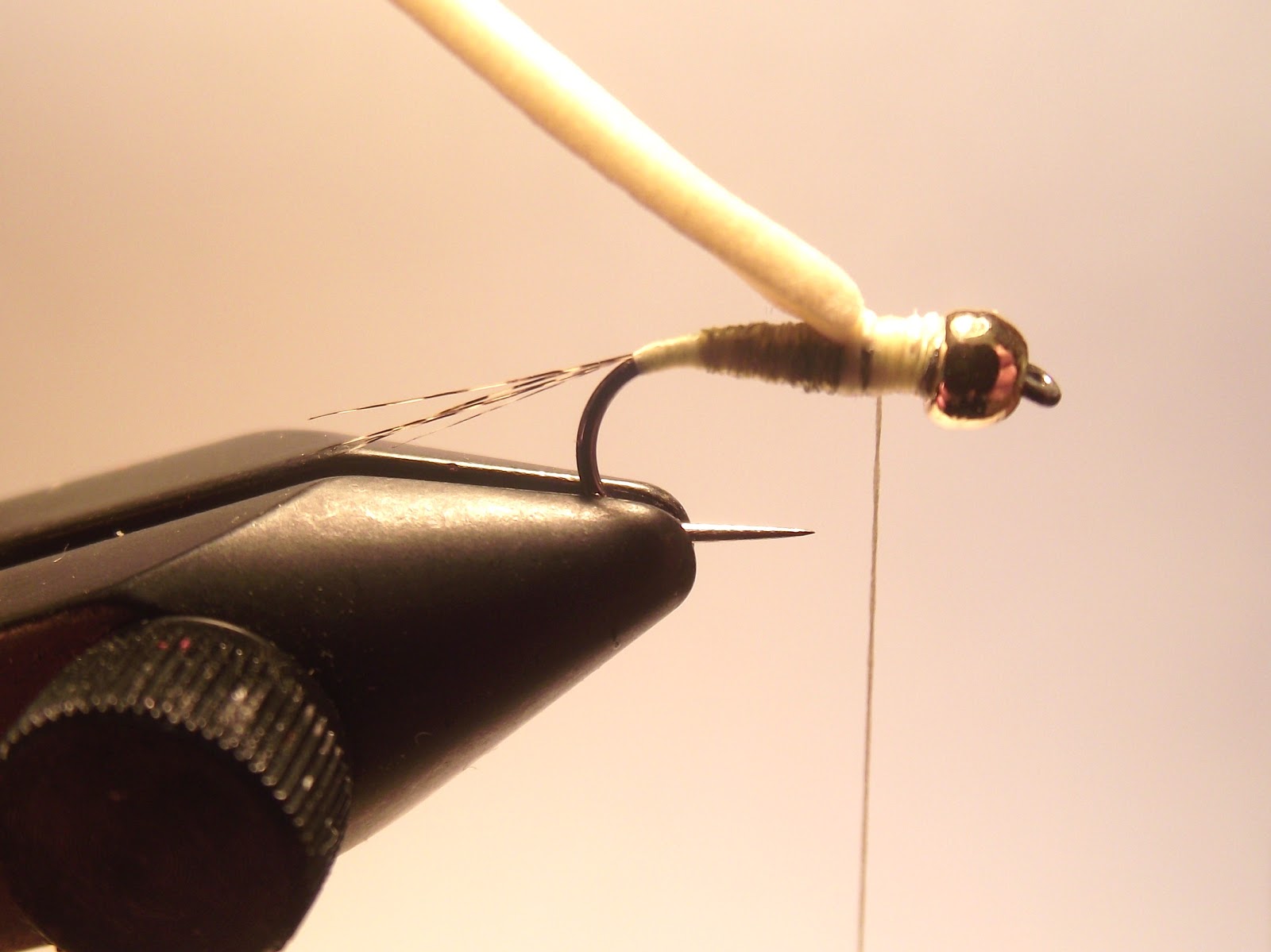 Add in some cream flat foam as the thorax cover. 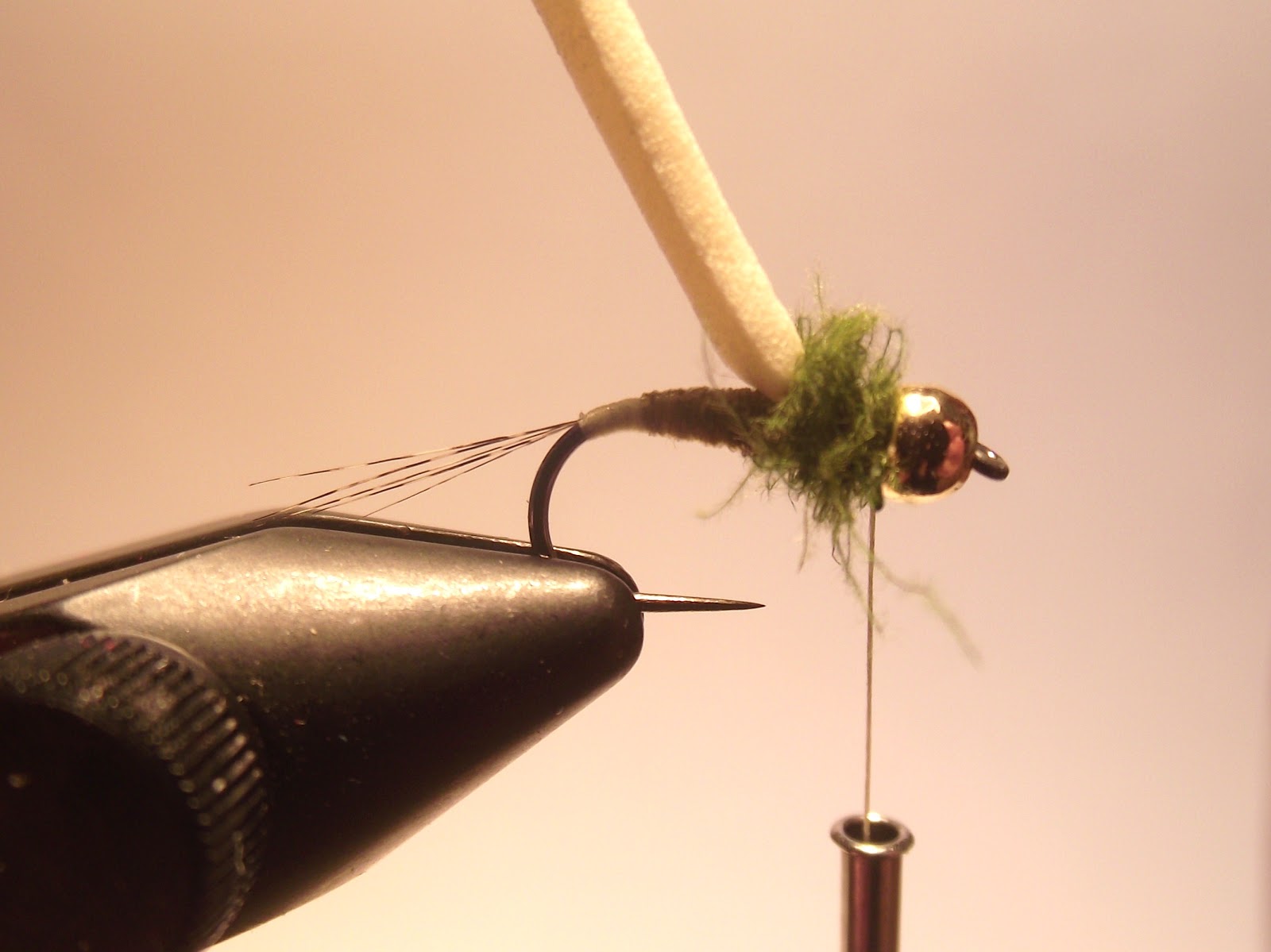 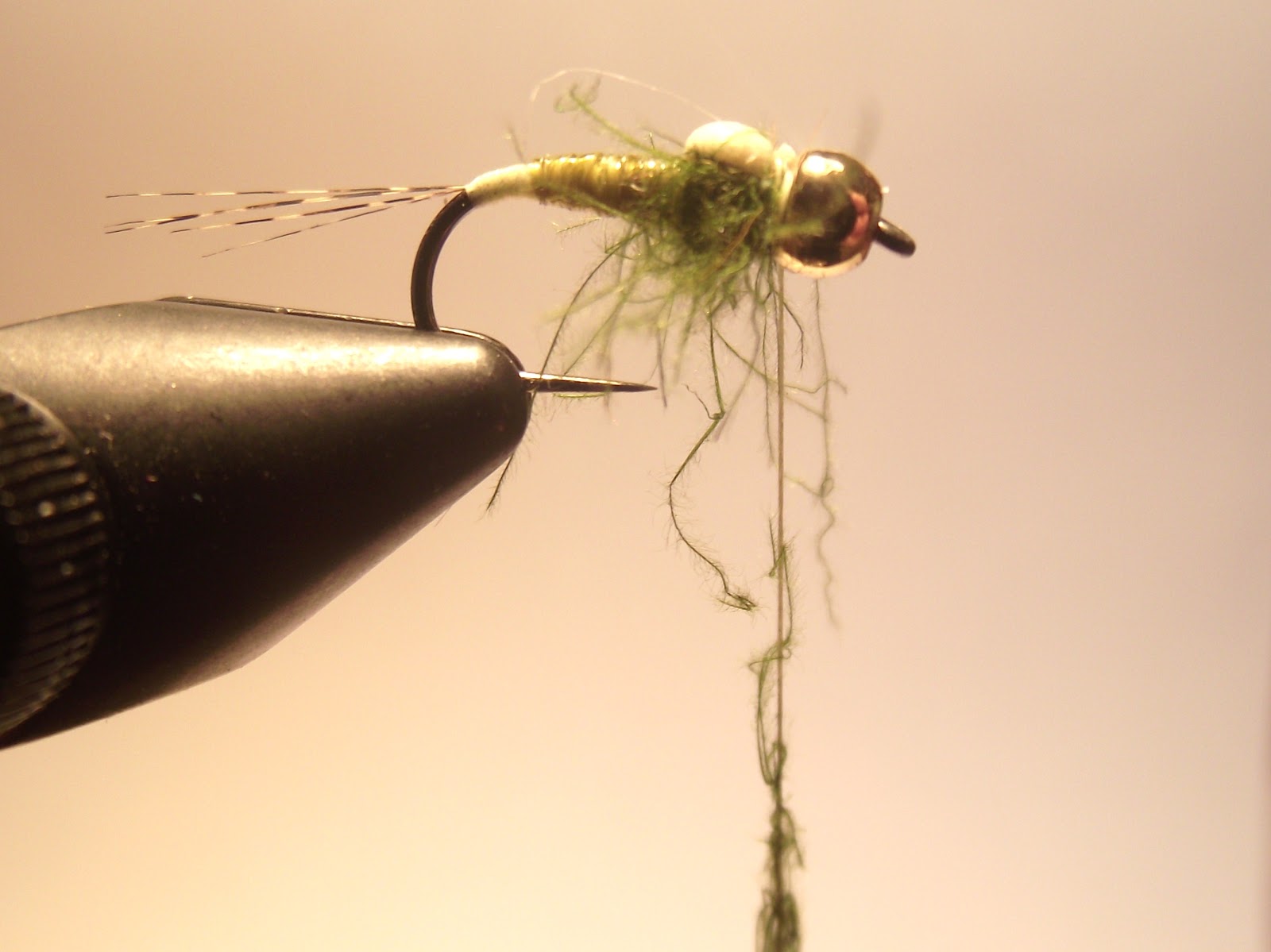 Bring the foam over the CDC, tie off and remove the waste. Put a very small pinch of CDC dubbing on the thread and wrap it just behind the bead to finish off the fly and whip finish.

Try out this nymph and you will be pleased with the results follow this link to find all the materials you need. http://www.irishflytying.com/
Posted by Peter Driver at 7:38 PM No comments: