Recently I was in a friends house and we were rooting some old fly boxes searching for dry's he uses and wanted copied. 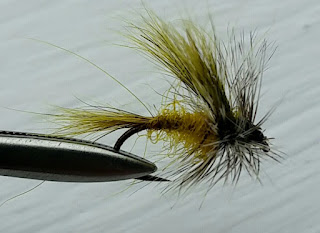 Upon opening his fly box I was greeted with a bunch of drys that were according to him only fit for the bin, as the hackles were all bent up and out of shape due to being stored in the box for a long period of time. 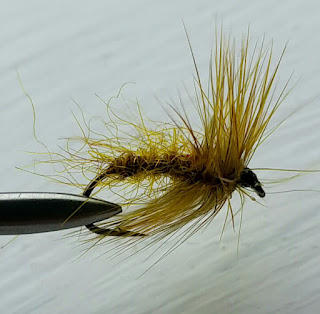 This is not an uncommon sight for anglers and can be frustrating on the bank of the river when you select a dry and before you tie it on, the hackle is all out of shape and you confidence is lost before it hits the water.
Here is a simple little trick that I was shown years ago of how to restore the original shape to your dry fly's.
Using a tweezers hold the fly by the hook and boil a kettle, then place the fly over the steam and watch that hackle come right back, just as if it just came off the vice.
Boiling kettles several times to restore a bunch of dries can be costly though, so with a saucepan bring to the boil and normally on the lid there is either a space at one side or a whole in the lid where the steam can escape, this will do just as good.
So root them old dries and have them ready for the coming season, this is also a good job for the wet flies that have been stored up all winter that could do with a face lift.
Here is the fly's once they had a quick blast of steam. 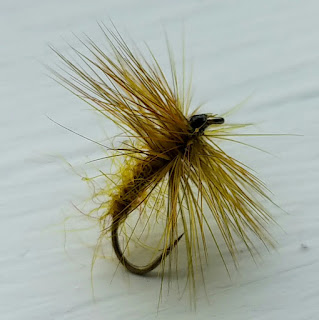 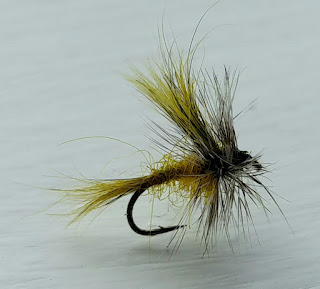