Want to up your catch rate this season? A few points to consider for effective fishing 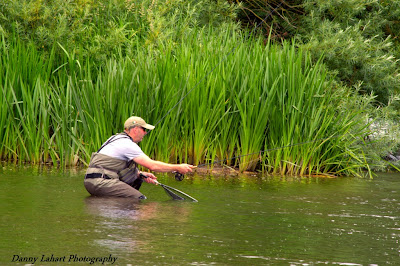 I get a lot of fisher people asking me for tips and tricks on better approaches to effective fly fishing out side of having the right set up and good quality nymphs. Firstly the answer is not spending the winter filling your fly boxes with patterns un-tried and un-tested, if you want to do a winters tying only tie the flies that worked last season and tie them in all sizes and weights. Over the years, I have spent a lot of time working on, and thinking about the small details that result in productive approaches and the things we as angler can do to try and shift the odds in our favor a little bit more. I am no expert but I have some thoughts on the matter. There is a fair bit of stuff to consider when you break everything down, such as beat management, fatigue, fish behavior and the like. However, here is a few important pointers and hopefully there is somethings in this post that you will consider in the coming season when you approach the river that will aid your ability to catch more fish.

1. Identify the predominant lies and protective lies of the fish in the beat.
It is crucial to discover this from inspecting your beat before you start fishing or enter the water. The predominant lie is where the 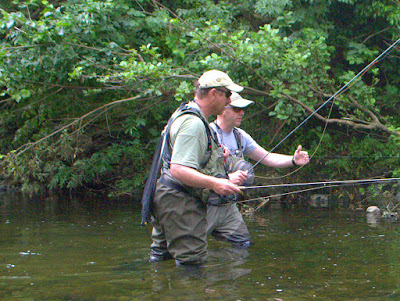 fish sit undisturbed and feed away naturally. This could be the shallow margins or the side of the main current near by. But not to far away there will be a place where they go for protection once disturbed, this could be a deeper pocket, behind or under some object in the water. Once you begin fishing and wading some fish will move from one to the other once they are aware of your presence; so you must know when to also move from one to the other to keep catching fish. There can be many of each of the lies in one beat. Discovering these will save you time fishing all the water on your beat and fishing water where there is less or no fish. Moving quickly between the predominant lies in the beat will result in clocking up early scores on the card or fish in the net and knowing where the fish go once you have gone through the honey holes will save time in finding them the second time around and allow you to target pockets of fish in their protective lies.

2. Fatigue and body posture
This is something a lot of anglers don't spend enough time on; you cant fish or wade a beat properly if you are tired and you will lose 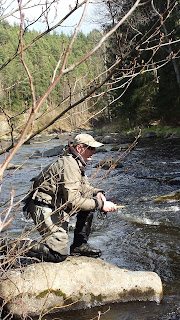 your focus during a fishing session. The single biggest problem I encounter when coaching anglers is them getting tired and lose concentration on the water, leader, dry fly or indicator and miss the signs of the takes. So we must focus on how to conserve energy and slow down fatigue of the legs, arms and especially the eyes. Your posture during fishing can help, having an open stance not only will allow you better and safer wading but it will engage your core and help support your back and arm as you reach forward while nymphing. This stance will also allow for better netting practice as when you hook a fish you are now in a position to take a large step forward and move several foot closer to the hooked fish and scoop the fish within seconds of a hook up.
Having good glasses (dont have to be the most expensive) that suit the day light is crucial as the wrong lenses will cause you to having to try and focus harder on the small indicators or dries. Therefore your eyes become tired and you stop looking and miss the signs of a take. Another aspect for good vision and tired eyes is your hat. A long billed hat pulled down over your eyes will tunnel your vision and save on fatigue, this will also allow you to see smaller objects further away. Also it will save you from be distracted by the view or the passing wildlife.

Good core strength will allow you to wade quickly through heavy water, it is worth considering this and some simple exercises will give you better strength in the water and more confidence.

3. Be a predator
Another aspect of posture. Standing straight up is not only bad for 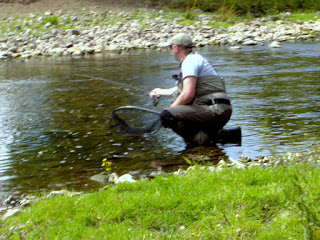 your back and makes it easy for the fish to see you, it is also takes it toll on your concentration levels. If you can imagine any predator in the wild before they strike and their posture before they do so; there body position is curled up ready to strike. This is not only for the speed of the attack but to also have full focus and concentration on its prey. Being a hunter instead of an angler is a lesson I learned many years ago and one that stuck with me and I regually remind myself of. I often say to anglers imagine a photog you is going to feature on the front of your favourite magazine and this photo could be taken at any moment when you are fishing. So do you want to be seen standing straight up in the air sticking out or do you want to be published where you are on one or two knees totally focused on your prey and reaching out to full length in complete control.

4. Hearding and moving fish
In long beats where the fish are spread out it can be good practice to heard or move the fish into pods to maximize your chance of a 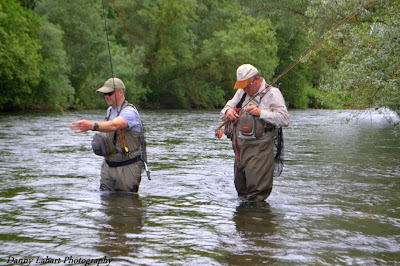 good catch rate. Fish will move in different ways depending on the species and the time and place. For brown trout sometimes you need to gently push them to the head of their territory. This is not necessarily the head of a run as there can be several heads of territory in one run, depending on on its size and volume of fish in the section of water. In doing so, you will also heighten the aggression levels of the fish and they will attack your flies out of that aggression rather than looking to eat food. Of course the best thing is if you heard the fish you know where they are.

Fishing from wading up one bank will manipulate the fishes behavior differently to wading up the middle. On larger rivers I like to wade up the middle and push the fish into the banks where they feel safe (into protective lies) and they tend less to run down stream behind me where they are no longer in my catch zone if I am fishing up stream. Fishing a smaller river I tend to fish along one bank and push the fish ahead of me and by casting kind of across the stream (lining the fish) will keep the majority in my catch zone, before the head back behind me.

5. Chain reaction within the beat
It is important to be aware of the chain reaction within the beat once you disturb the fish. This will save you time fishing water where the fish have moved from because of ten minutes ago you pushed the fish from there or spooked them when you were fishing 50 yards down river. Be aware when and where you release your caught fish, I tend to release fish behind me. Also wade in and out of the river well behind the area that you are catching in if you have to bring the fish to a controller.

6. Be aware of your surroundings
Getting caught up in trees, rocks ect is a big problem and one that 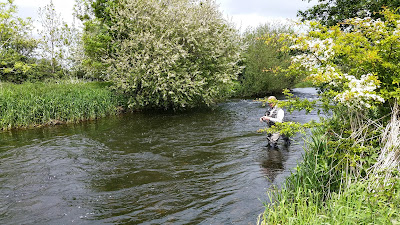 will never leave an angler. Wading to release your flies from rock and trees is one of the biggest mistakes of beat management. Tie plenty of your best flies so losing a couple will not matter in a session. A lot of anglers will spend some time looking at the water before a session and rightly so, but few will look at the trees and objects they will encounter fishing and casting in that section of river. I will make a mental map of the beat as I study it and I will identify the sections I have to be on my knees to open up a larger casting gap into tight spots. Ill know the spots where there is some weed on the bottom so ill speed up the drag on my nymphs so they stay just off the bottom and not get stuck in the weeds. This is also the same for rocky bottoms. Allowing a dead drift will allow the nymphs to settle between the rocks and get caught up. However, dragging them through a slight bit faster means the nymphs will bounce off the rocks and are less likely to get caught. 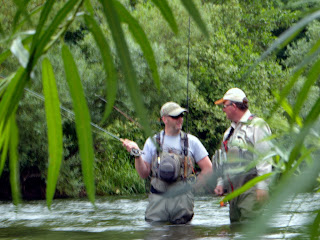 focusing on you fishing, if you are not aware of your surroundings you will spend a lot of time in the bushes and trees when casting. This will result in you breaking your concentration, disturbing the beat, getting in tangles and loosing nymphs.
It is the lack of focus on these details that cost most anglers from maximizing there catch in a beat and with some time spent on these aspects and errors of the anglers will increase good beat management and more time for your flies to catch fish.
Three most important three words I have learned for good effective fly fishing is DETAILS, SIMPLE, DETAILS

I hope some of this will be useful to you, and there is some points that you will consider focusing on this coming season. Its a bit of a whistle stop to effectively fly fishing a beat, and if you have any questions or queries on any aspects of this post please feel free to contact me. 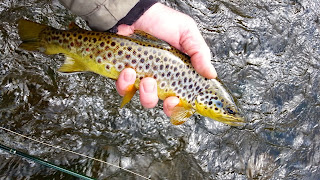 Thanks for reading my blog. If you have any questions please feel free to give me a shout on my contact details and if you are interested in Dohiku hooks, top quality tungsten beads, or Syndicate competition Fly Rods and much more, drop me a line or check them out on my website, Just click on one of the links to the right.
Posted by Peter Driver at 6:45 PM 2 comments: