Lough Owel on the Duck Fly

I went to Lough Owel in the spring for a days fishing and practice with a good friend, when we arrived at the lake shore we were meet by thousands of duck fly hatching in the early morning sunshine.

The fly's were accompanied by a light sunshine and a gently spring breeze, most of the ingredients needed to bring on a good days fishing. We headed out of Jack Dolans mooring and headed to the north eastern shore, the ripple on the water here was less due to protection from the wind by a shore line of trees, but this gave good protection to the emerging duck fly and the trout were waiting in force. 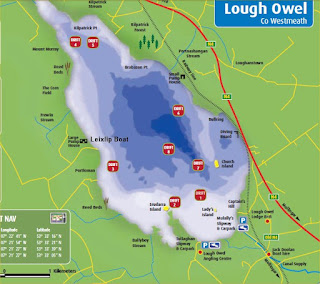 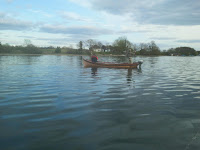 I have fished this lake a good few time and it has proven to be a challenge at times to produce good fishing. It is stocked with good brown trout every season and holds a nice number a wild browns also. We began our first drift towards Brabazon Point and there was fish everywhere heading and tailing on duck-fly emerges, casting an orange bibo and some small duck fly's into the shoal of fish it was only seconds when the first fish was in the boat. 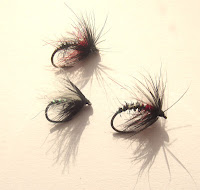 Using a mixture of fast intermediate to slow glass fly lines and a very slow retrieve with long leaders the fishing was super. For the next hour or two we both connected with numerous fish and there was fish following every retrieve chasing and snapping at the flies, hooking good fish in doubles and even trebles was good sport attempting to land them, we moved to the western shore for a period of time along by the pump-house and did several drifts that normally give the angler good sport, but on this occasion the fish were harder to locate.

As the day grew older we gave our starting drift one more go and it produced the same fishing as before, moving down the lake to our ladies island and closer to home, the lake opened up once again and we were catching fish all over the place on duck fly patterns, the orange bibio again and some other small black flies with bright tails. Again we got into the car to head home and managed to flush out the fogs of flies from inside we had caught 15 - 20 good fish each and had a wonderful experience of seeing a full hatch of duck fly and trout gorging themselves on the same. 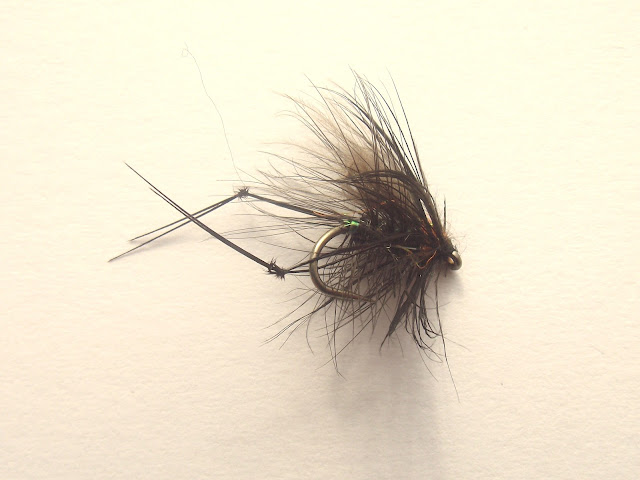 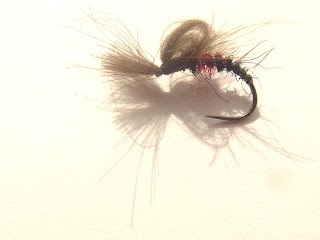 Here is a few of my best Duck Fly patterns generally use the rule of not being to tidy looking in my tying of these flies they are often more effective when they are dressed roughly.