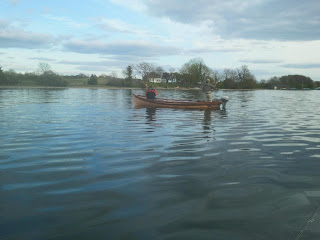 Lake fly fishing is practiced through the world in several different forms, some use drogues when drifting alone in the boat, some anglers fish from the shore and some lakes stock wild fish where others stocked farmed fish. Lough style fly fishing is all about covering the water and finding the place and depth of the fish once you have the right fly of course.  The general thought is that because it is a large body of still water then there must be bigger fish in the lake therefore an angler should fish bigger flies, there is some truth in this way of thinking but an angler must never rule out that the natural insects that live on the lake are just the same size as the ones on the rivers.
Lake fishing is mostly done with 5 to 7 weight rods 10 to 11 foot long in order to cast from a boat or shore and normally there is wind which these larger rods will aid the angler to getting his or her flies out on to the water. For traditional Lough style fishing from drifting boat anglers normally use three to four flies on a cast and the location of each fly on that cast is important, some flies will work better on the dropper than the point position. When in the boat the angler is drifting and casting with the wind at his back and retrieves the flies pulling the flies through the waves or ripple and before he lifts off the flies from the water the angler should pause and let the fly dabble on the surface, if a fish was following the flies then this could induce a take from the fish.  Depending on the time of year and the natural feed for the fish in the lake an intermediate, floating or sinking line can be used on the lakes to find the fish.

Shore angling is done in a similar fashion without the boat of course. The angler wades out in to the shallows if possible and cast slightly down and across the wind retrieving at different speeds to find out what way the fish will prefer the presentation of the flies. The shore angler will then slowly work their way along the bank covering the lake as it comes. If the angler has to fish into a wind then the use of a 8 weight rod and 9 weight fly lines will be a huge assistance in reaching the fish out on the lake. 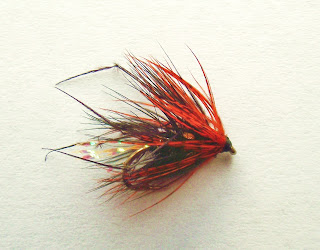 Here are some of my successful lake wets.

The Leggy Bibio
Tail is orange Krystal flash with an orange wire rib. the dubbing on the body is two parts black and the center part spectra orange, while the body hackle is black cock. The legs are black cock pheasant and the shoulder hackle is orange partridge hackle. 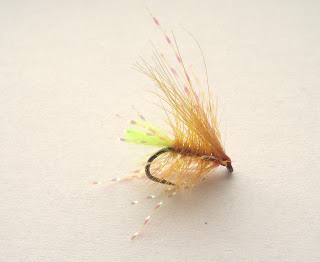 The Sparkle Octopus
The tail is yellow glo-brite and Perl Krystal flash; it has a gold rib and golden olive seals fur dubbing body. the body hackle and sholder hackle is a dyed orange/golden olive cock hackle with some long strands of Krystal flash for the legs. 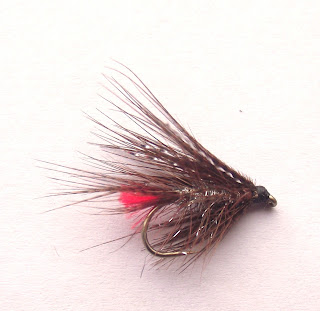 Sliver Dabbler
This variation of the traditional dabbler has a red tag under the bronze mallard tail, with a sliver rib and metallic Hends dubbing to form the body. The body hackle has brown/ ginger hackles with a cloak of bronze mallard and sliver Krystal flash also. 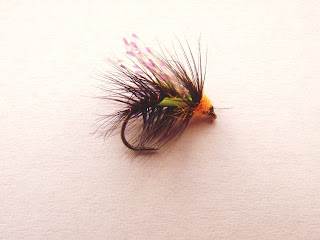 Snatcher
On a curved hook, tie in a sliver rib and black UV blend dubbing, with a black cock body hackle and brush out a little dubbin at the but of the fly to form a slight tail. The wing is Perl Krystal flash and the cheeks are bright yellow Hends cheek. Another turn of black hen hackle before two turns of spectra orange as the head. 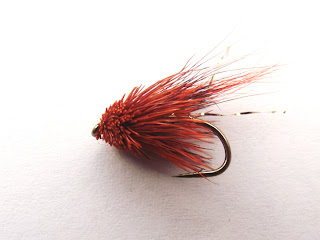 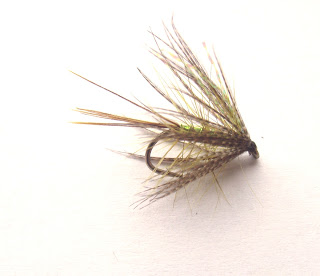 Green Dabbler
The tail is pheasant tail fibers with a green wire rib tying down a ginger body hackle over a green holographic tinsel body. The cloak id bronze mallard with some green Perl Krystal flash in the wing. 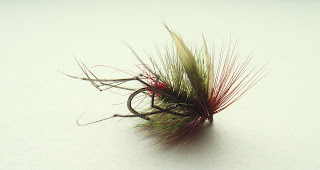 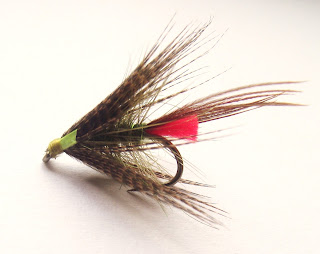 Dark Olive Dabbler
The red tag is under cock pheasant tail and a gold rib with dark olive body hackle. The body is dark olive seals fur and the cloak is bronze mallard with hends yellow cheek.

You can see more good lake flies on this blog, take a look at sedhogs and the Green Peter articles.
Posted by Peter Driver at 7:07 PM