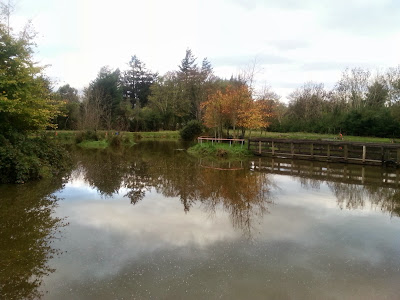 On Saturday the 26th I joined several members of my family and friends for the second memorial Colum Driver competition in my home village of Rathdrum, Co Wicklow. The event was held on our lake just out side the village that is well stocked with rainbows some of which have been well seasoned and take a bit of craft to catch. This lake was developed by my Dad over the last number of years and the local club host several youth training days here through out the year teaching the kids fishing methodologies and water craft with safety aspects of fly fishing. It is a small but nice sized lake that has matured well and is open to anyone that is passing by, just drop us a line here or on Facebook and we can arrange it for you. Also if you have or know any youths in this area they can come along to the many training days that the club host through out the year on fly-fishing and fly-tying. 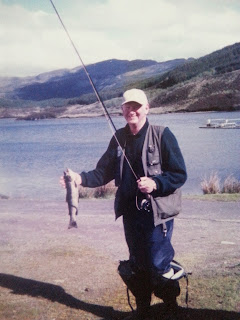 Cloum was instrumental in my angling education growing up and taught me many aspects of fly fishing that I constantly remind my self of when I am approaching a river, even though a lot has changed sense then in the way of nymphing and our equipment the fundamentals of his methods are still the same. Colum was one of the most patient anglers I have ever came across, he always keep his method and approach to his fishing as simple as possible and he always got the rewards; he did not angle for the fish he hunted them.

Colum was a traditionalist at heart when it came to fly fishing and all you would find in his bag would be a box of wet flies probably mostly around size 12 to 14s Black and Slivers, Butchers, Greenwells Glories, Wickams Fancy and maybe a few dries that wouldn't be far off mayfly sizes.  Along with these flies he would hit the river with a seven weight rod a pair of thigh waders, a spool of 6-8 pound Maxima and that was it. He would stroll along the river bank and find a spot where he thought there would be a good trout lying under some cover and flick his fly under the hanging branches and more than likely a good trout would be there waiting to feed on his large wet fly when it swung around to the near bank, tweaking the fly as it swam through the current. Colum never fished any of the methods we commonly use today but his reading of the water and understanding of the fishes behavior was exceptional and it is these traits that I regularly refer to when I am out hunting trout on a river today. 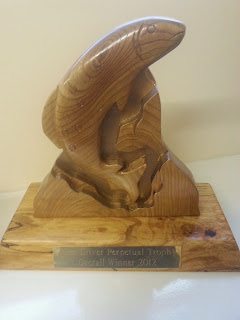 The day started at ten when we gathered and made the draw, the competition was ran as a rapid fire competition you had to move pegs ever 20 minuets and after three fish on any peg you had to stop fishing on that peg. This competition is good fun and a way to meet old friends and remember our angling companion Colum. The fishing was not easy by any means a combination of muddy water from a heavy days rain the day before and very wary trout that had received a good education this summer from the youths of the club on what to open there mouths for made the fishing interesting. The successful methods on the day was on sinking lines Di 3 and 5 using white booby's and blobs. Mark Driver won the day with four good fish caught on a black blob with a florescent yellow tail on a size 8 hook, using a very slow retrieve. Sean McLaughlin was second also with four fish and I finished in third place again with four fish.
I live away from here now and its not often that I get up to where I grew up and learned my trade as a fly-fisher man in the forests that surround the Avonmore River. Even though it is not a regular occurrence it is always special  to return to this amazing part of the World and meet up with some old friends, throw a line and remember those who started us off fly fishing as kids. I look forward to next Autumn and the gathering of fly fisher men in Wicklow to remember our friend Colum Driver. 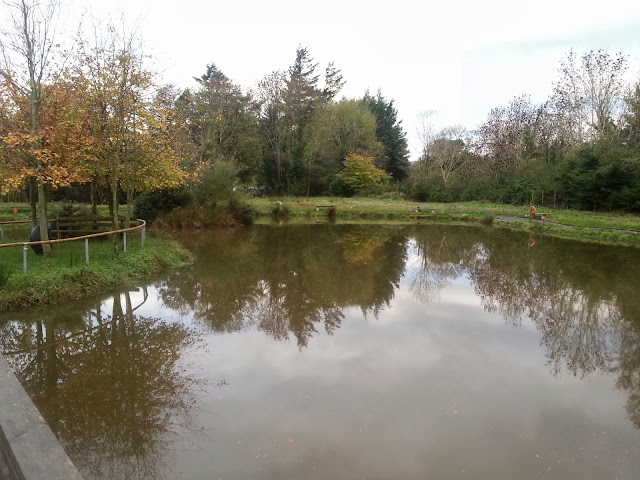