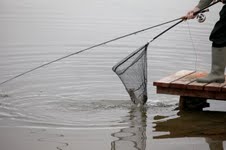 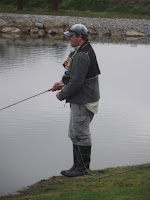 Curragh Springs Fishery is this gem which lies hidden away among the rolling plains of the Curragh in Co. Kildare; just one mile from the famous Curragh Racecourse. It is a natural spring fed lake of about 5 acres with gin clear water. This hidden jewel is a must for serious anglers. If you are up to a rewarding challenging day out fishing for top class full finned fighting fit Rainbow, then Curragh Springs is the place to go. Just 30 mins From Dublin and easily accessed from all over Ireland on the M7 and M9 motorways just 5 mins from the main road. 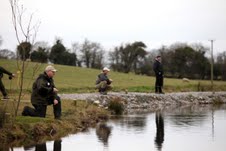 The competition was held from 10 am to 4pm, 19 anglers fish the competition. the weather was perfect for still water fishing and the fish were rising away as the first whistle blew to start the day. For the first two peg changes nobody was running away with the top spot Dave Donavan and Pat Noonan both picked up five or six fish from the first peg but their second peg was not so fruitful and they both just saved the blank. This was the story for most anglers, picking up fish on one peg only to find it harder to push on in the next session. 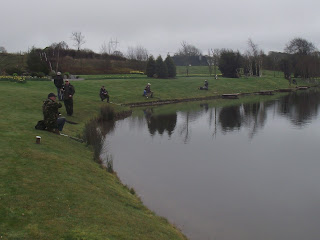 Each angler had five changes throughout the day moving five pegs at a time to allow everyone fish the majority of the lake. After two slow starts John Coughlin and Mick Gillman dug deep into their years of experience and moved well clear with two pegs to go. John finished very strong while Mick found some very fussy rising trout that could not be convinced to take anything, so the day belonged to John Coughlin with a wonderful catch of 12 fish.


The fish were getting caught throughout the day on a consent enough stream, they were rising through out on small weed smuts that the anglers found it very hard to imitate, there was very little in consistency on what all the fish were caught on some on fry patterns, orange lures, black booby's, orange beaded nymphs and even one was caught on a pink shrimp. 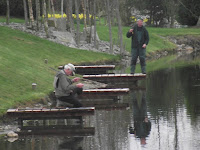 The best fish for the day belonged to both Trevour Murphy and Micheal Lysaght who bot caught a cracking 56cm fish, and over all there was 61 fish measured averaging 51/53 cm. 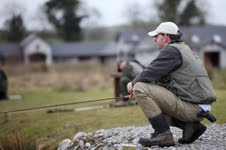 A cracking day was had by all and thanks to all who came along to fish and steward, thanks to Shaun, owner of Curragh Springs for allowing us to compete on one of Ireland best bank fishing venues with fully finned and hard fighting fish, for some anglers this was quite a job landing these fish on the day. We are all looking forward to compete again on this wonderful lake, it is a must for anglers who want to be challenged and rewarded for their fishing. Thanks to all who promoted the competition and to Robbie Phelan and Pat Cullen of Irish fly tying.com, also Jimmy Tyrell of Irish fly craft for the framed flies. 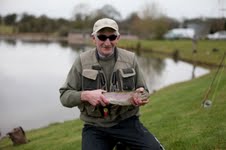 The winner John Coughlin with a lovely Curragh Springs rainbow.


Second place belonged to Mick Gillman with 8 fish and third went to Dave Donavan with 6 fish.

Sponsored by irishflytying.com
Posted by Peter Driver at 9:32 PM