Stocking up on some lake patterens recently I came across this fly that I have used for years and all over the world. It has rarely let me down and its one of those flies that every angler either dose or should have in there box. The dressing can also be varied in colour to make this nymph a prominent fish catcher.  I have not fished it too much in the last few seasons but this year ill have a new stock in my box and give them a swim for sure.
The Montana nymph originally was designed to match large stonefly nymphs in North American waters but can represent many other natural insects of the trouts diet depending the water type and location. This universal fly can be mistaken for a stone-fly nymph, leeches  snails, small fry, beetles, tadpoles among others; they have the potential to catch rainbow and brown trout in most environments and any other species of fish in the same systems. 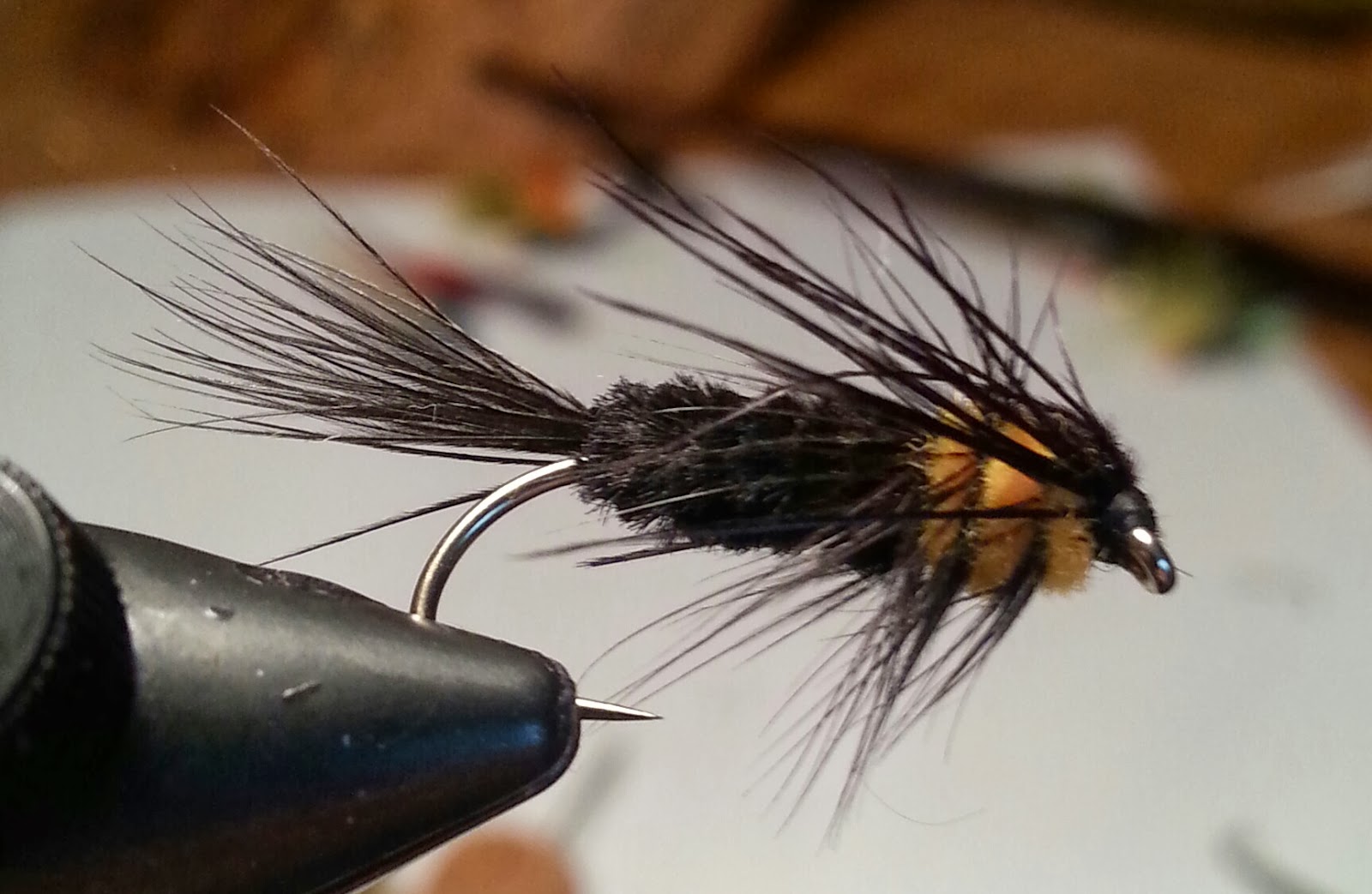 These are some of the first nymphs I would of bought from my local tackle shop as a kid growing up and used them to catch rainbows in a fishery not to far from my home town. When I got older I used them regularly in the lakes of Co Wicklow, fishing them on sinking lines and using a very slow retrieve they proved to be very effective throughout the years.
For a number of years a group of angling buddies and myself used to head to Oben in Scotland and enjoy a weeks fishing in the hills on some stunning little mountain loughs. I have very found memories of the trips and a popular pattern that worked for us up there was also Montana nymphs fished on slow intermediates and fished along the shores where patrolling trout would be looking for insects which venture from the heather on to the water.

Fishing in the World finals in Sweden in 2001 was a real learning curve for me in many ways. We were fishing up near Lapland and our guide for the pre-match days had brought us to some of the beautiful rivers and lakes I have ever seen. On one river session it was heavy water and very tough wading even for the local guide,  so he used a di 7 and cast across the river with a Montana nymph on the point the line dragged the fly to the bottom of the river and down to the calmer water where Grayling and trout waited for food to pass them by, with the Montana picking up several fish for him.

I am sure that there are many occasions, stories and variations of how and where a lot of anglers have fished these timeless nymphs. The original tied by Lew Oatman has spawned a lot of other patterens and variations that have lured trout out of countless waters world wide. Over the last number of weeks I have restocked up on these nymphs and look forward to giving them a swim this coming year.
I hope you have enjoyed reading this post and if you have any comments or questions just drop me a line below, also if you would like to see whats coming next on this blog just sign in and follow us. Thanks for reading.