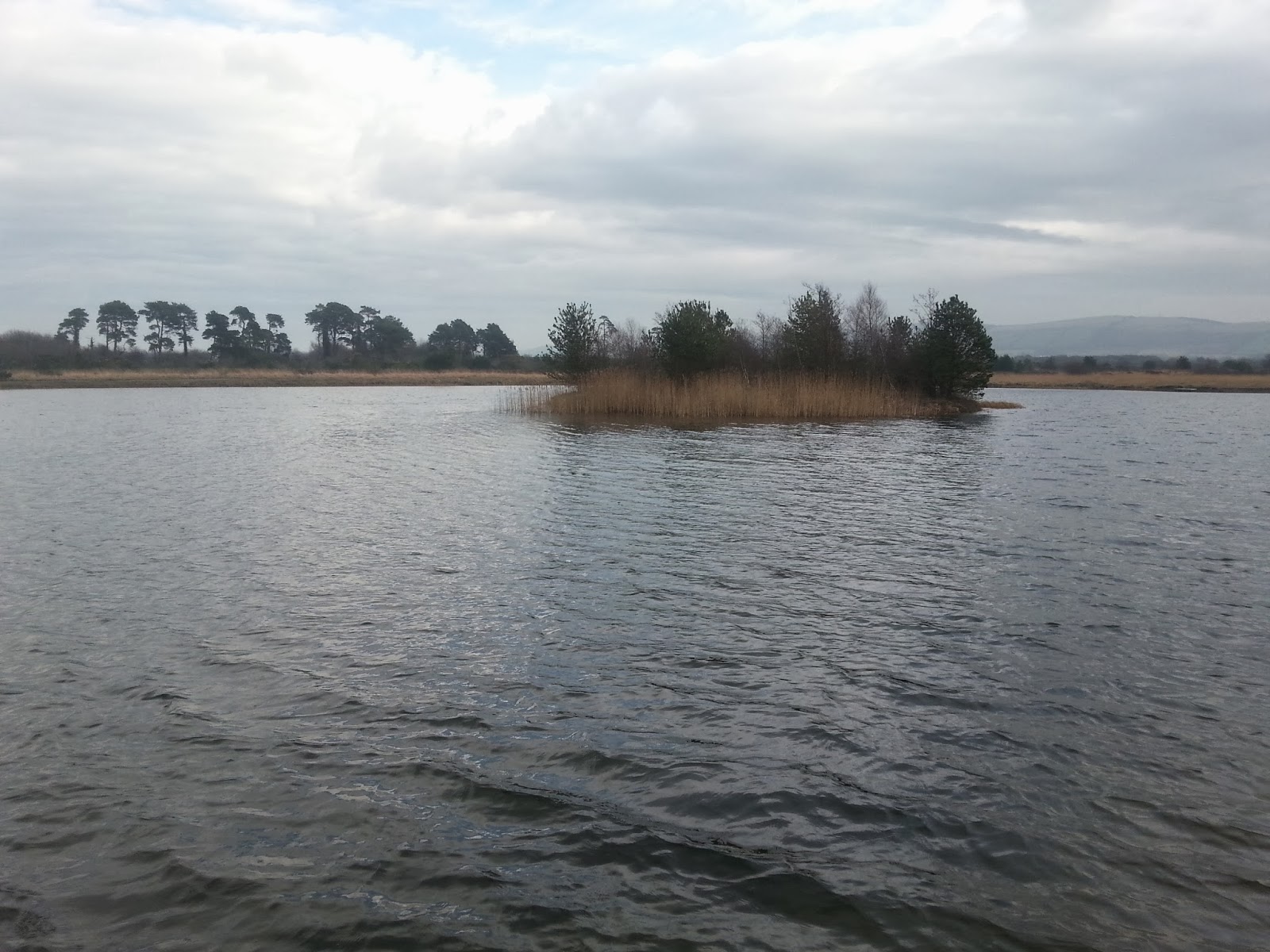 Toady myself and a pair of angling buddies decided to give this venue a go bank fishing for rainbows and we were not disappointed. Lough Doire Bhile is situated two miles north of Glengoole, just off the Littleton-Glengoole bog road beside the Bord na Móna Lanespark bog. The lake is approximately six acres on a 70 acre wildlife sanctuary, which also contains two wetland areas.
Nestled under the picturesque Slieveardagh Hills, a mile from the village of new Birmingham better known as Glengoole this lake has an abundance of sizable brown and rainbow trout ranging from two pound upwards . The water quality of this remote unspoiled spring fed lake is exceptional, it is crystal clear but dose have some weed issues around the margins in certain areas . With depths of up to 12ft, an island feature and a naturalized shoreline, it gives the angler a very natural fishery to try his ability on. 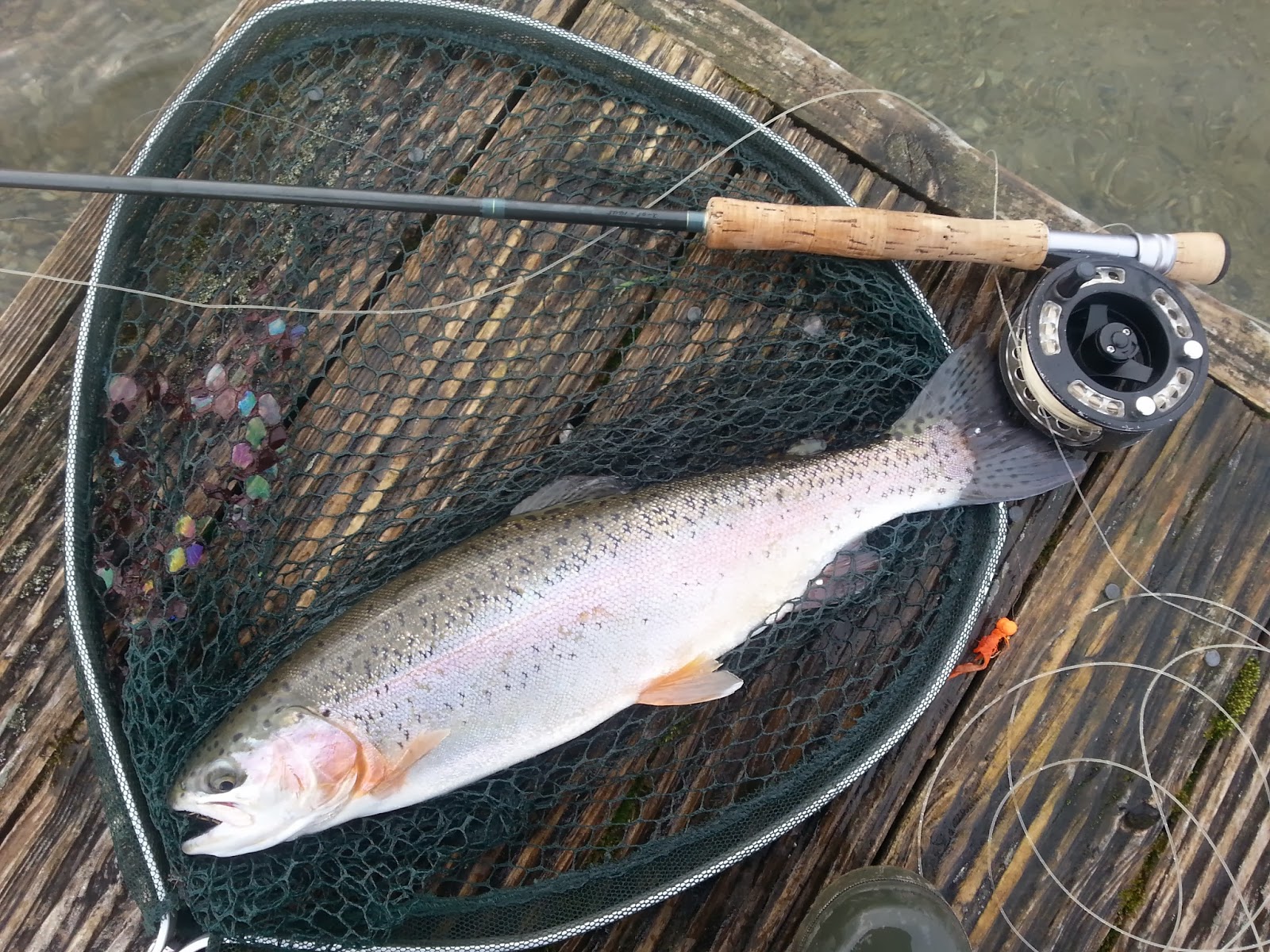 We began our day just in front of the car-park and made our way around the lake moving clockwise, there was a stiff breeze in our faces for the first few pegs but this had blown some  rainbows to the shore line to feed and it was not long before we started meeting fish and plenty of them, catching several good quality fish in a few casts pulling lures.
Some locations around the lake had pontoons and these are quite well built with lots of space but do be careful as in wet weather they can become slippy under foot (Dave). Gradually moving up along the left hand shore we had the best of fishing meeting good chasing rainbows on several different colours and types of lures and streamers, black and orange being the two most prominent colours, the fish were attacking the flies once you gave them the first pull near the surface . 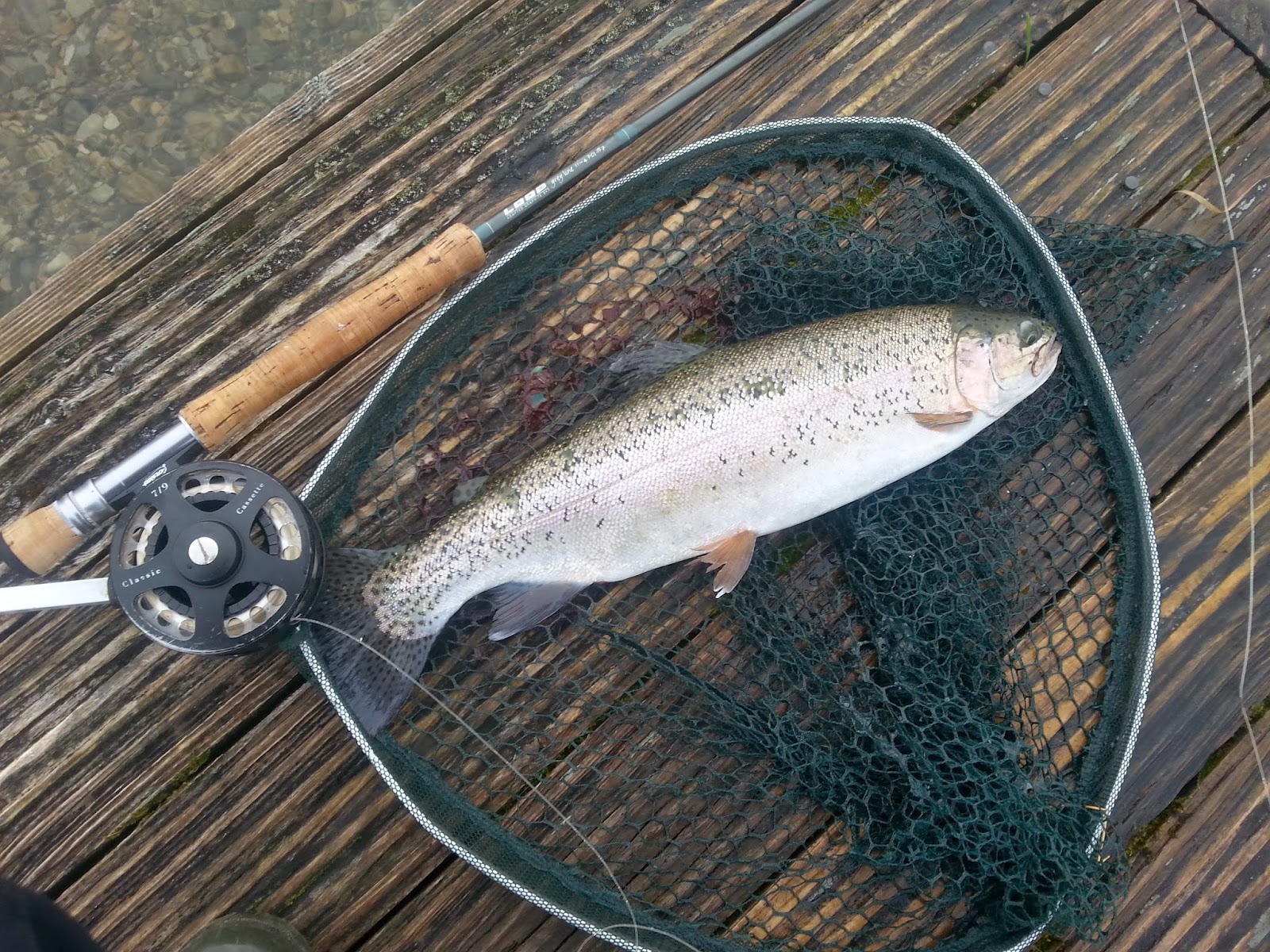 At the top of the lake we did find that the weed growth made it a bit more difficult in catching and landing fish as they would get buried in it as we played them. Dave did managed a couple of nice browns in this part of the lake on smaller black leech type lures retrieved very slow on a slow sinker.

Coming down the other shore line was not as productive as the left except for one mark that produced fish after fish, perhaps there was a hole or clearing in the weeds here but it was stuffed with fish. We found that finding these locations on the lake was a must if you are to have a good rate of takes.  The cost of a day here is 15 euro which is pretty reasonable and today we got value for our money. Permits are available from the local club and contact details can be found in the local village near the lake. 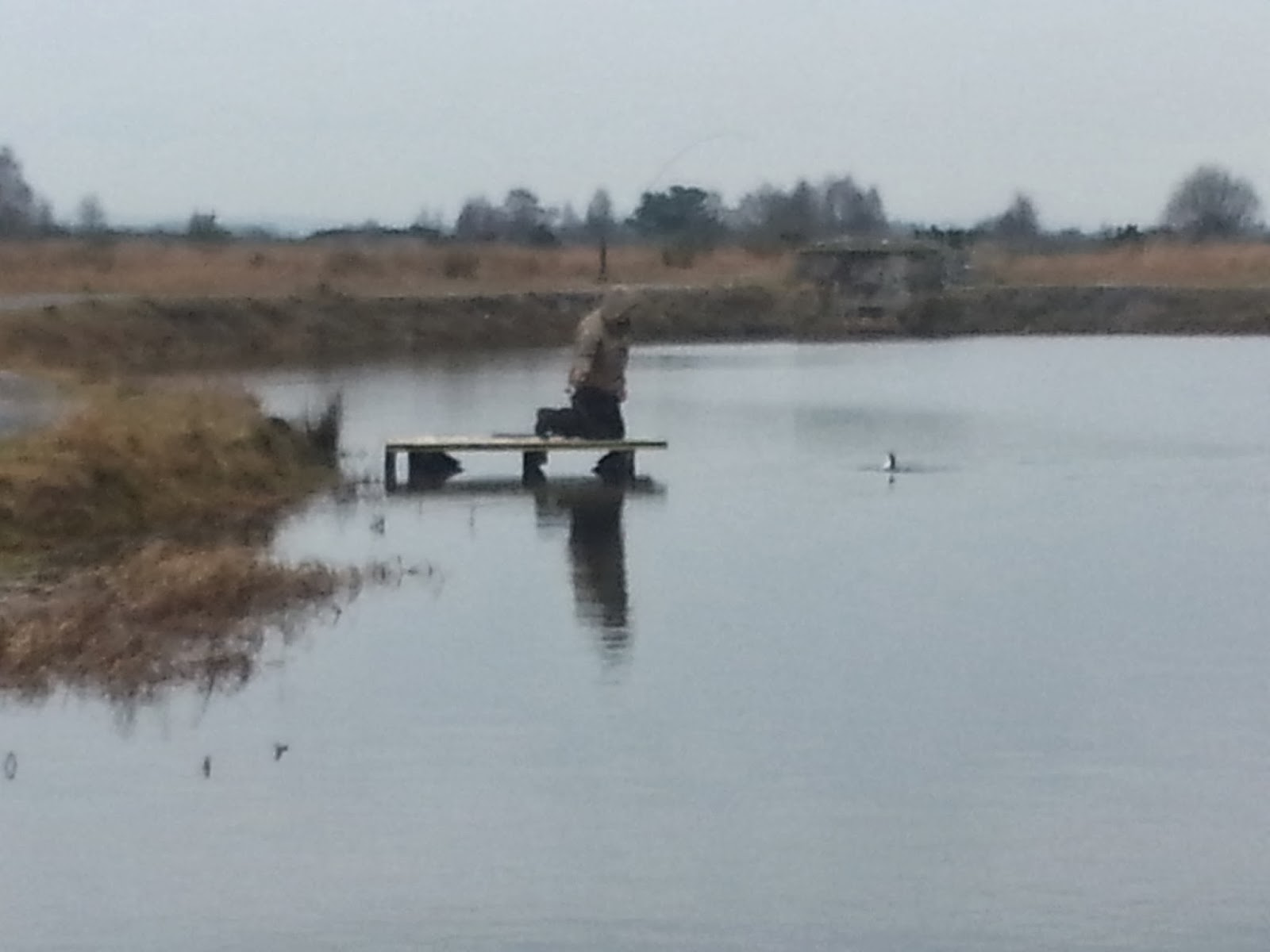 We had a lot of fish today between the three of us and a multitude of stuff worked for us from bunging to slow fishing blobs on the bottom, the most prolific colours were black, orange and green. If you are fishing medium size lures on slow sinkers you wont go to far wrong here. There is a nice walkway around the lake, with plenty of casting room and it is also wheel chair accessible, with some nice seats and benches to relax on and have the tea. 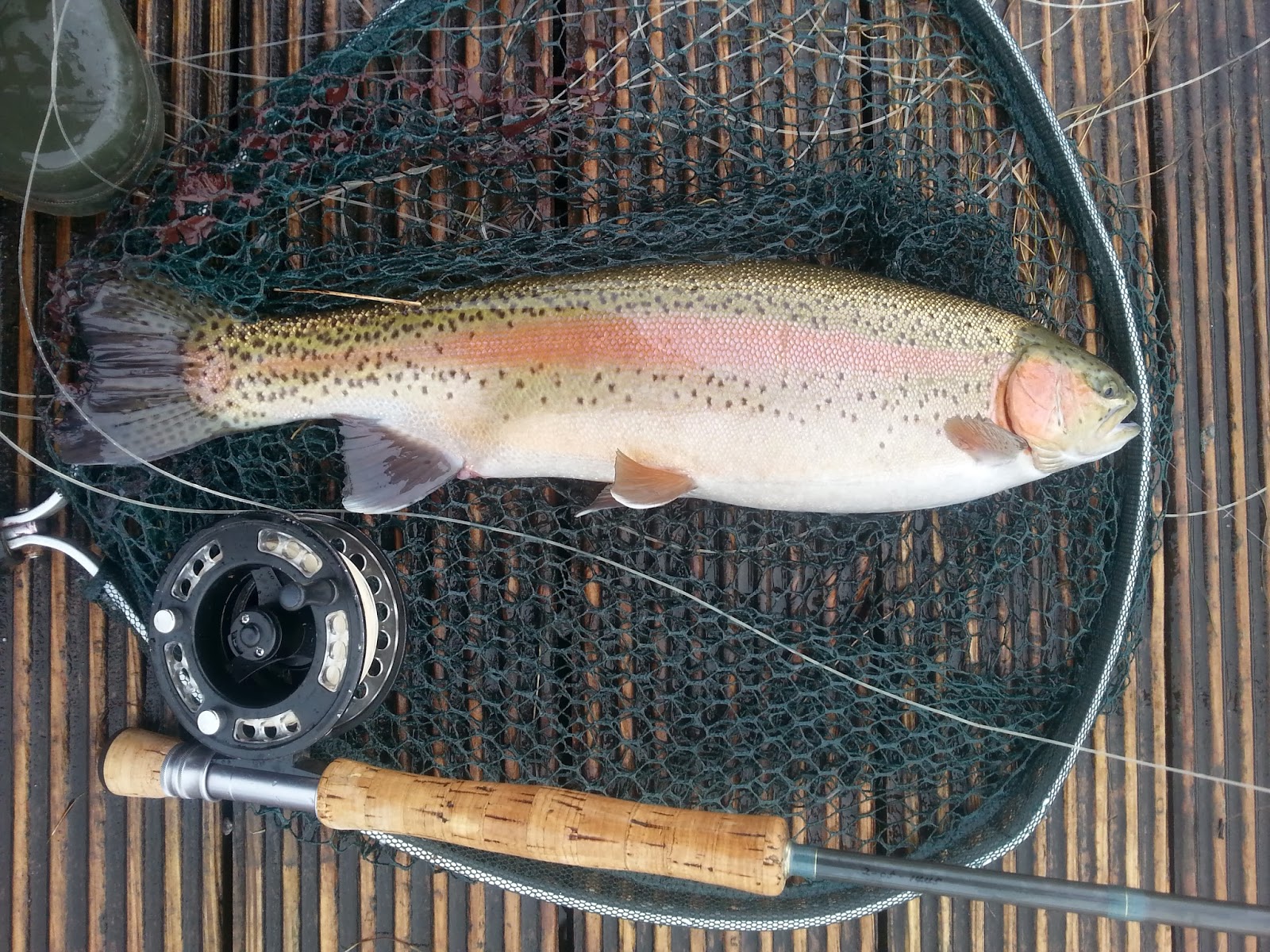 This lake is well worth the visit and the fish are of good quality, however with two competitions here over the next few weeks fishing might get a bit tougher that we had today but still well worth the trip over.

I hope you enjoy reading this post and if you have any comments or questions just drop me a line below, also if you would like to see whats coming next just sign in and follow us. Thanks for reading.